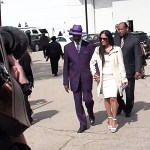 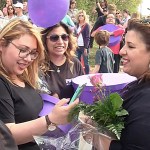 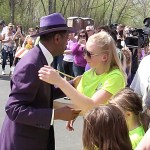 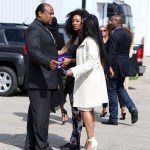 Jimmy Fallon held back the tears during an emotional opening to the SNL special on Apr. 23, appropriately called ‘Goodnight Sweet Prince’ in which he remembered the late ‘Purple Rain’ star. Click to watch his teary-eyed speech.

And there wasn’t a dry eye in the house! Jimmy Fallon, 41, launched an SNL special dedicated to Prince, who died on Apr. 21, with an emotional, heartfelt speech that moved him to tears. The episode, which was called Goodnight Sweet Prince, was a tribute to the late singer and was filled with SNL performances.

But it was Jimmy’s opening that left a lasting impression. Wearing a purple tie in honor of the man, he took a deep breath before addressing the audience.

“Prince has been a special presence here at Saturday Night Live for the last four decades. From his debut on the show as a 22-year-old in 1981, to his surprise performance at the after party for the SNL 40th anniversary… tonight we wanted to pay tribute to him by looking back at his performances over the years and by remembering what he meant to us. It was a lot,” Jimmy said, choking back the tears.

He continued, “Other people may have been on the show more times, or performed more frequently, but there was something different about a Prince performance. It was special. It was an event. It was Prince. “Times have changed, styles have come and gone, but no matter what, Prince has never not been cool. Larger than life, fashion, music, you couldn’t take your eyes off him. I mean, he had his own color. Who has their own color? He owns purple… The guy was just amazing. He lived his music, and… it just came through him.”

All those clips of Prince through the years really had us all nostalgic, it was incredible to see what an amazing performer he was. He’s a legend that will live on!

HollywoodLifers, what did you think of Jimmy’s speech? Did it warm your heart and bring a tear to your eye? Let us know what you think below!