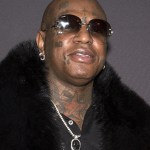 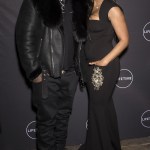 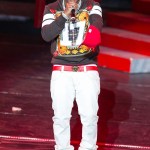 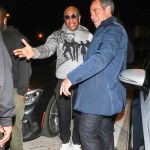 Charlamagne Tha God and Birdman got into a nasty fight when the rapper/producer hit up ‘The Breakfast Club’ for an interview on April 22. So, who is Birdman? Here’s 5 key things you need to know about him!

Birdman, 47, is very well known in the music industry. From his connections to Nicki Minaj, 33, and Drake, 29, to his recent confrontation with Charlamagne Tha God, 35, Birdman’s always in the news. In case you need a refresher on all things Birdman, here’s 5 important facts to know about the rapper and producer.

Birdman was born Bryan Williams in New Orleans on Feb. 15, 1969. He was also once known as Baby. After his group Big Tymbers broke up, that’s when he changed his name (again) to Birdman.

2. He was accused of plotting to kill Lil Wayne!

Birdman and rapper Young Thug were accused of being involved in an alleged plot to kill Lil Wayne. The man arrested for shooting up Lil Wayne’s tour bus in 2015, Jimmy Carlton Winfrey, claimed in court documents that “[Birdman’s] financial dispute with [Lil Wayne] is what ultimately led to the shooting.” Birdman and Lil Wayne had been in the middle of a major feud after Wayne $51 million lawsuit against Birdman. They’ve since made up.

Cash Money Records was founded in 1991 by Birdman and Ronald “Slim” Williams. One of the reasons Birdman created the record label was to “get us out of the projects and into a positive way of life.” Since Cash Money Records was started, the label has signed major artists like Drake, Nicki Minaj, Lil Wayne and Tyga.

4. He’s been arrested before and encountered major legal troubles.

Birdman was arrested in Tennessee in 2007 and charged with possession of nearly a pound of marijuana. Birdman and Cash Money Records were sued in 2009 for copyright infringement by Thomas Marasciullo. He claimed they used his voice without his permission.

5. He’s released 6 studio albums over the course of his career.

His first solo album, I Need a Bag of Dope, was released in 1993. His latest album, Ms. Gladys, will be released on June 24. He also dropped a collaboration album with Lil Wayne in 2006.

HollywoodLifers, are you a fan of Birdman? Let us know!