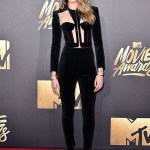 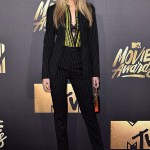 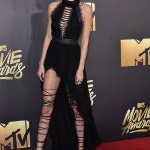 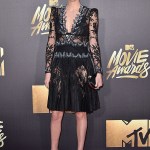 Has Rebel Wilson scored herself a major hunk the land Down Under? The ‘Pitch Perfect’ star brought along Hugh Sheridan as her date to the 2016 MTV Movie Awards, and they looked SUPER cute together!

Rebel Wilson, 36, was one of the 2016 MTV Movie Awards‘ most nominated guests on Saturday night, April 9. However, all eyes were on her and her incredibly handsome date, Australian actor Hugh Sheridan, 30. Are they Hollywood’s hottest new couple?

Hmm. Not only did Rebel Wilson hit the red carpet looking amazing, but she also did it with a major hunk on her arms: Hugh Sheridan. While he may not be a household name like she is in the United States, Hugh is from her homeland, Australia, where he acts and makes music. Swoon much?

Rebel posed with her friend (and potential new boyfriend) on the red carpet, then sat next to him in the audience for the entire show. The pair were even posting pictures with each other all night on social media! If they aren’t a couple, they are definitely really close friends. Lucky, Rebel!

Since the show was pre-taped, Rebel kept her fans updated on Snapchat. At one point, when she and her Pitch Perfect 2 co-star Adam DeVine went up to accept the award for Best Kiss, Hugh took the reigns and snapped the entire thing. You can hear him hooting and hollering up a storm as she and Adam tumble to the ground in the heat of the moment!

Oh, and lets not forget to mention that Rebel and Hugh had a little fun on the red carpet earlier in the night. Right before heading into the show, they stopped to take a selfie video and joked about who the huge star in the background was. Spoiler alert: It was Chris Pratt!

Tell us, HollywoodLifers — Do YOU think Rebel and Hugh are dating, or are they just friends? Comment below with your thoughts!