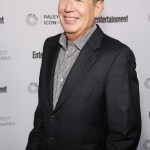 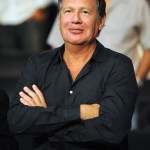 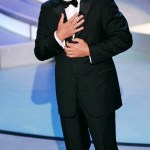 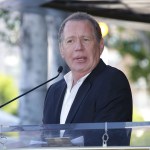 Late comedy genius Garry Shandling was moments away from receiving life-saving help at hospital before he collapsed and died at his home, according to a new report. Click for the details!

This is so sad! Garry Shandling, who left this world on Mar. 24 aged 66, was said to have been minutes away from receiving potential life-saving help before he collapsed and died at his Los Angeles home, a new report by TMZ claims.

Sources have told the entertainment website that a doctor/friend spoke with The Larry Sanders Show star at around 10 a.m. on Thursday, roughly 30 minutes before he suffered a fatal heart attack. The doctor had previously been to check on Garry the day before after the funnyman complained of shortness of breath and was achy.

When Garry told the doctor that he was still suffering from his symptoms, he was told to go straight to the ER to get checked out.

Now, this is where it gets heartbreaking. Paramedics arrived at Garry’s home at 10.45 a.m. after he collapsed while making a 911 call. When they came, they noticed that there was a waiting limo in the driveway parked in the front of the house. TMZ say that sources told them that waiting limo was there to take Garry to the hospital, which means he missed the life-saving trip by a matter of minutes. So tragic.

This case is now getting complicated, with a new report from revealing that Garry’s personal physician is refusing to sign the star’s death certificate. That has now prompted an investigation by the LA County Coroner to find a cause of death.

Coroners have reportedly already taken blood from the ER was Garry was pronounced dead. Investigators have also subpoenaed the personal physician’s records.

HollywoodLifers, do you think more could’ve been done to save Garry’s life? Tell us what you think below.