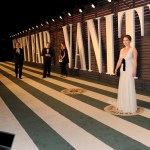 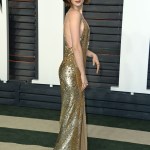 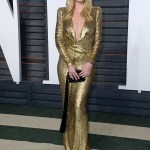 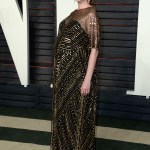 Selena Gomez looked gorgeous at the Vanity Fair Oscar party, so it’s not surprising that she had all eyes on her. And Taylor Swift’s brother was no exception. In fact, Austin Swift and the singer were ‘inseparable’ at the star-studded gala, HollywoodLife.com has EXCLUSIVELY learned!

Could Selena Gomez, 23, be falling for Taylor Swift‘s handsome younger brother? The stunning singer was spotted “dancing” with Austin Taylor, 23, at the Vanity Fair party on Feb. 28, and one eyewitness says they were “inseparable”. Read on for HollywoodLife.com‘s EXCLUSIVE scoop!

Justin Bieber who? We are happy to report that Selena wasn’t alone on Oscar night! “There wasn’t one time that I didn’t see them (Selena and Austin) together. Granted, Taylor was also with them, but at one point it was just the two of them dancing while Taylor was dancing with Lorde and Brie Larson. Selena and Austin weren’t holding hands or anything like that, but they do make a good looking couple, and they looked like they were having a great time together,” an eyewitness tells HollywoodLife.com EXCLUSIVELY.

As HollywoodLife.com previously reported, Selena and Austin also got cozy at the Feb. 15 Grammy Awards. While Taylor was on stage performing “Out Of The Woods,” her BFF and brother seemed to enjoy each other’s company as they swayed to Tay Tay’s music. Taylor only wants the very best for Sel, so it wouldn’t surprise us if she was playing matchmaker. It’s no secret that Taylor is not a big fan of Justin Bieber’s, so we are quite sure that she would be delighted to see her best friend with a solid guy like her cute brother!

What do YOU think HollywoodLifers, should Austin ask Selena out on an official date? Do YOU think Selena has a secret crush on Austin? Tell us what YOU think!