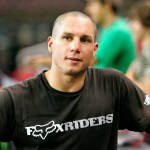 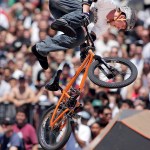 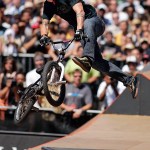 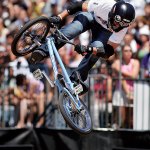 This is truly heartbreaking. Just days after news of Dave Mirra’s tragic suicide broke, new details have emerged revealing the truth behind the BMX star’s grueling battle with depression and how his decorated career may have played a part.

What was already a tragic story has been made even more heartbreaking, as a new report now claims that BMX icon Dave Mirra had struggled with depression for years before taking his own life at a friend’s house in Greenville, North Carolina on Feb. 4. While some have linked the extreme sports star’s untimely death to the concussion-related degenerative brain disease CTE, those closest to the him are now saying that it was a lack of “passion” caused by his 2011 retirement that may actually be to blame. Get the heart-rending new details below.

This is such tragic news. As Dave’s friends and family continue to mourn the loss of the legendary BMX rider, a new TMZ report claims that Dave was deeply depressed in the years following his 2011 retirement as he struggled to find purpose in life outside of the sports world.  Friends close to the X Games star claim that he, like many in his profession, was an adrenaline junkie, who was unable to find a suitable outlet to replace the thrill of his BMX days — a factor they believe ultimately led to his mental state prior to taking his own life.

The report goes on to say that the father-of-two had tried to renew his passion for living by setting up a program to teach extreme sports to kids in his hometown.According to one pal, Dave was even talking about building a new speed cycling track just hours before his death. Unfortunately, the effort wasn’t enough to rid Dave of his “deep depression,” as friends say he continued to feel “lost” despite his important role in the community.

Sadly, it appears Dave may have even battled with these issues long before his retirement in 2011. In the days following his death, an interview between him and People magazine resurfaced in which the BMX star confessed to being a very sad and “intense” guy more than a decade before taking his own life. “I do get sad. I get sad for stupid things, like reading the news about things that go on in the world,” he told the publication in 2004.”I don’t like hearing about pain and suffering, especially, like, kids and poor people. That makes me sad. I think I feel things deeply.”

As always, our thoughts continue to go out to all of Dave’s friends, family and loved ones during this very difficult time.