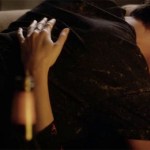 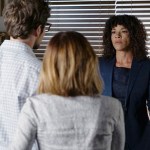 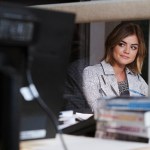 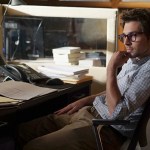 Another week, another suspect. After aggressively accusing Ezra of murdering Charlotte during last week’s episode, the girls have now turned to Byron. On the Feb. 2 episode of ‘Pretty Little Liars,’ Aria and her friends figured out more details about that harrowing night.

After initially thinking Ezra (Ian Harding) killed Charlotte (Vanessa Ray), the girls turned their attention to Byron (Chad Lowe) on the Feb. 2 episode of Pretty Little Liars. Not only did Aria (Lucy Hale) learn that her dad’s missing his 9-iron golf club — which the new “A” has identified as the murder weapon — but he was mysteriously seen going up to a hotel room at Radley.

Byron also disappeared after his brief visit to Radley. But when Aria broke into Ezra’s loft to see if he was missing a 9-iron golf club, she discovered a voicemail from her dad, in which he said, “We need to talk about what you think you saw that night.” Hmm. And when Aria finally got in touch with her dad, he said he needed to meet with her — alone. (Gulp.)

Meanwhile, Hanna (Ashley Benson) got a lucky break this week when her mom stole Radley’s security camera backup drive — one that would have proven she deleted the footage of Aria leaving the hotel the night Charlotte died. Unfortunately, we think it’s only a matter of time before “A” gets a hold of it.

And after Caleb (Tyler Blackburn) had sex with Spencer (Troian Bellisario), he felt obligated to inform Toby (Keegan Allen). Toby gave Caleb his blessing to date Spencer, but it was pretty obvious that deep down he was upset. And that seemed weird because Toby already has a new girlfriend — one he plans to propose to very soon. Or maybe he won’t?

What do YOU think, HollywoodLifers? Did Byron kill Charlotte? Will Toby propose to his new girlfriend? Tell us how you feel below!