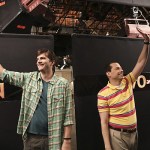 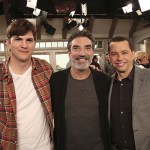 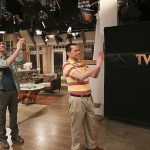 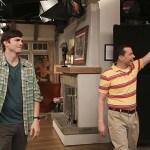 Woah! The little boy from ‘Two and A Half Men’ is all grown up with long hair and a beard looking nothing like his young character. Angus T. Jones, who played Jake Harper in the show starring Charlie Sheen, is now 22 and completely different!

‘Two and a Half Men’ star, Angus T. Jones, 22, looks nothing like the sweet little 10-year-old he played on the hit CBS show. After 10 years playing Jake Harper, the former actor left the sitcom, dropping out of the public eye and is now a regular college student. The childhood actor is almost unidentifiable as he was spotted out in Venice Beach, Ca. this week sporting a baseball jacket and long, scraggly hair with some unruly facial.

Ever wonder what happened to the cute, little boy who played Charlie Sheen‘s nephew on Two and A Half Men? Well, here are some answers! Angus is now rumored to be attending the University of Colorado after he left the show during its tenth season. He was seen walking around Venice beach this week wearing a navy blue jacket along with untidy, stringy hair and a scruffy beard.

“A lot of people don’t like to think about how deceptive the enemy is. There’s no playing around when it comes to eternity,” Angus continued. “People will see us and be like, “I can be a Christian and be on a show like Two and a Half Men.” You can’t. You cannot be a true God-fearing person and be on a television show like that. I know I can’t.”

The actor’s strong opinions formed after studying the teachings of an independent Christian ministry known as ForeRunner Chronicles. While his public criticism of the show caused him to no longer be a part of the series where he was making up to $300,000 an episode, we have to respect how he stuck to his beliefs!

Angus eventually apologized to the show’s creator Chuck Lorre and was able to return for the series finale in Feb. 2015. What do you think HollywoodLifers, should Angus pursue his acting career again? Give us your opinions below!