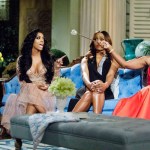 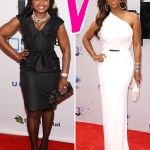 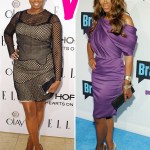 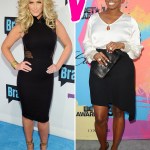 Porsha has a new boy in her life and he’s a lot younger than her, he’s 24! During this episode of ‘RHOA’, Porsha thought it was time to introduce her boo, Duke, to her friends and family and it didn’t exactly go well.

Introducing your boyfriend to your friends and family can be tough, but on the Nov. 15 episode of The Real Housewives Of Atlanta, Porsha took the leap. Not only does Duke’s age bother them, but Porsha’s friends have heard rumors that he was cheating on her already! We have the full episode recap and more on the super uncomfortable gathering.

Picking up right where we left off, we saw the conclusion of Kenya and Sheree’s cat fight at Cynthia’s eyewear launch. Kenya ended up walking away and leaving the party early.

Just when one dramaful situation ended, another one started. Peter walked up to Cynthia and let her know how unhappy he was that Kenya gave him such attitude at the beginning of the party. After a bit of screaming, he walked away in a fit of anger.

Days later, Cynthia and Phaedra met up, they put their differences aside and had a good chat. Phaedra has been through a lot over the past year and she was lending an ear to Cynthia to hear about her marital problems. “I’m praying for you, if you ever need me, just call,” Phaedra said to her.

In true RHOA fashion, the girls all got together for another party in this episode. This time, Porsha threw a going away party for her new boyfriend, Duke. She was so excited for all of the girls to finally meet this new guy in her life.

All of Porsha’s friends and family seem very skeptical of this new relationship because of his age. He’s 24 and they think he’s not mature enough to be in the kind of relationship Porsha needs. In addition to his age, there were rumors that he’s already cheated on Porsha!

Later on in the episode, Kandi and Phaedra met to air things out. Phaedra still owes Kandi’s husband money. “I want our relationship to be what it used to be,” Phaedra said to Kandi while crying. “I’m glad we had this conversation,” Kandi said. The two hugged it out and Phaedra said, “Now we can get to having fun.”

HollywoodLifers, do you like Porsha and Duke together? Let us know your thoughts in the comments below!