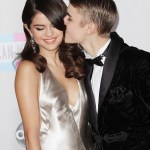 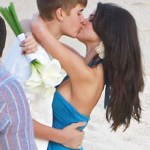 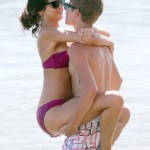 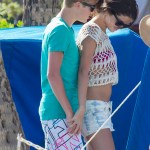 Busted! Selena Gomez ‘liked’ a photo on Instagram, featuring a collage of she and her ex-boyfriend, Justin Bieber, totally kissing! Naturally, fans are freaking the freak out!

We see you, missy! Selena Gomez, 23, “liked” an Instagram post on Nov. 5 featuring a timeline of she and her ex-boyfriend, Justin Bieber‘s, 21, relationship. The post consisted of six photos of the former couple through the years, and in four of the pics, they are literally kissing! So Selena “likes” seeing pics of she and JB kissing? Does she miss their relationship?  What does this all mean?!

Selena’s social media approval may have gone unnoticed if it weren’t for some serious fan dedication. An Instagram account called (what else?) Justin Bieber Updates picked up on the scandalous “like.” The account screenshotted the notification that Selena had given the pic a “heart,” and wrote alongside it what we are all thinking: “Thingz are getting wild.”

The pic is seriously emotional, too, which makes the fact that Selena liked it all the more insane. We see one photo of Justin and Selena together from each year, beginning in 2009 and going all the way to 2014. Each picture gets more and more intimate, starting with the two holding hands, and ending with them smooching! So, like, what was Selena getting at by “liking” the pic?

After seeing that Selena had “liked” the photo, fans took to the comments to express their utter shock. “I have no idea what the f–k is going on,” one fan wrote. “Whut is life bruh,” asked another in response to this craziness.

What do you think Selena meant by “liking” the pic? Are people reading too much into it, or does she want to get back together with The Biebs?