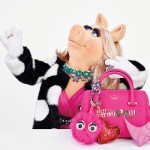 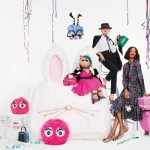 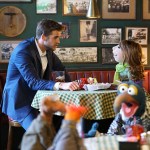 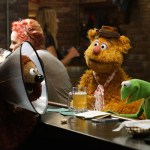 The truth hurts! That’s what Kermit The Frog, Fozzie Bear and Gonzo all found out during the Oct. 6 episode of ‘The Muppets.’ Kermit and Fozzie’s friendship was put at risk over a white lie and Gonzo discovered the dangers of pretending to be Liam Hemsworth while dating online!

Honesty is the best policy, even when it’s painful. That’s the moral of the Oct. 6 episode of The Muppets. Kermit The Frog lies to Fozzie Bear over a sketch idea and Gonzo masquerades as Liam Hemsworth, 25, to attract women. It all leads to heartbreak and hangovers. Plus, Miss Piggy winds up in jail over her feud with Christina Applegate, 43!

Fozzie wants Kermit’s feedback on a sketch about a porcupine buying dress socks. Kermit can’t find it in his little green heart to tell Fozzie that — surprise, surprise — it stinks. Instead, Kermit panics and suggests that Fozzie’s bit is “too good” for the show and he should instead turn it into a movie! Fozzie takes that (bad) advice seriously: in the middle of a broadcast of Up Late With Miss Piggy, Fozzie resigns from his job as the show’s announcer so he can focus on his screenplay!

Speaking of Miss Piggy, she welcomed Christina as a guest on her program, but the former Up All Night star didn’t come alone. She played an embarrassing clip that showed Piggy faceplanting into a cake! And thus began a feud that hadn’t been seen since Taylor Swift versus Katy Perry! Piggy recruits Scooter in finding an embarrassing video of Christina, and when he can’t, the she decides to make one!

Kermit tries to get Fozzie to come back to the show. But, after Fozzie finds out that Kermit lied to him, he doubles down on his commitment to write the greatest porcupine-sock movie ever! And where does a bear find inspiration? The woods, of course!

Meanwhile, Gonzo tries to find love online. But, he used a picture of Liam Hemsworth instead of himself in his profile, attracting the attention of a woman named Debbie. When Pepe and Rizzo point out to Gonzo that Debbie’s expecting The Hunger Games star to meet her for coffee later, the three of them track Liam down for help. Luckily, he’s a nice guy and he agrees to their scheme to get Debbie to fall for Gonzo. But once Liam realizes she likes him for more than his incredibly gorgeous looks, he instantly falls in love! They head off for dinner and leave Gonzo all alone!

With Fozzie MIA, Kermit has no choice than to hire a replacement who’s just as hairy: Nick Offerman! Unfortunately, he wants to be paid in cappuccino machines and boats! Before Nick’s demands bankrupt the show, Kermit tracks down Fozzie. After a run in with a park ranger (and his tranquilizer gun,) the two are able to save their friendship!

It’s doesn’t go so well for Piggy. She tries to record Christina “accidentally” smashing her face into cake. Instead, she gets arrested for illegally filming the prank! It was a great episode, one that introduced Chip The IT Guy and revealed that the Swedish Chef‘s real name is Meghan!

Wacka, Wacka One Liner Of The Episode: “Have you ever been shot by a tranquilizer dart, Kermit?” “No, but I did lick my third cousin once and the walls started melting, so I feel you, bro.”

What did you think of this episode of The Muppets, HollywoodLifers?