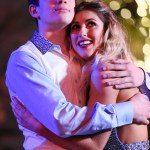 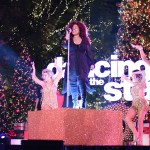 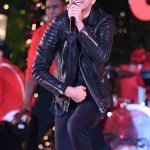 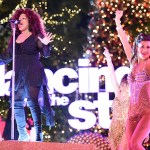 What a shocker! ‘Dancing With the Stars’ pro Allison Holker, who’s partnered with singer Andy Grammer, revealed huge news on the Oct. 5 episode — she’s pregnant. Will she be able to finish the season with him? Watch her adorable announcement here and find out all the details.

Surprise! Dancing With the Stars professional dancer Allison Holker, 27, dropped a huge bombshell on the Oct. 5 episode — she’s expecting a new baby with her husband, Stephen “tWitch” Boss. Find out how this will affect her presence on the show.

“Well, as a pro, you know, most memorable year really is such a special time because we get to celebrate someone’s beautiful story and share it with the world,” Allison, who dances with singer Andy Grammer on the series, told host Erin Andrews when discussing this week’s theme on live TV. “But I actually have a special guest here, come on here.”

She then brought out her husband and daughter on camera and said, “This is my daughter and my husband. And 2015 is actually turning out to be such a memorable year for us, because we actually recently found out that I’m pregnant.” Watch the cute announcement below:

“We got a momma in the ballroom,” Erin excitedly said in response! “Congratulations to all three of you, well all four of you.” The audience then gave Allison a standing ovation. So cute.

And in case you were worried about whether Allison’s pregnancy will affect Andy’s standing on the show, you can rest easy. Allison said she’s not planning on leaving the dancing competition series because of her bun in the oven. “I am so about this for Andy and I want him to feel the most comfortable, but I’m here 100 percent of the way for him,” she said.

Allison already has a daughter, Weslie Renae Fowler, who was born in 2008.

What do YOU think, HollywoodLifers? Should Allison drop out of the competition? Vote in our poll and tell us how you feel.