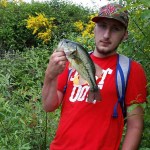 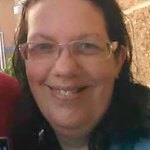 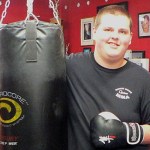 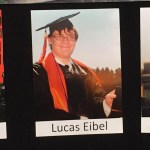 This is so disturbing. A dating profile allegedly belonging to Chris Harper Mercer, who was named as the gunman responsible for the tragic Umpqua Community College shooting on Oct. 1, has been revealed, and it states he liked ‘killing zombies’ and eating ‘brains.’ What?!

As the town of Roseburg, Oregon tries recovering after the horrific shooting that took place on the Umpqua Community College campus on Oct. 1, new details are emerging about the identity of the suspected gunman, 26-year-old Chris Harper Mercer. According to a new report, Chris had several online profiles linked to his email address, including a dating profile, which revealed he liked”killing zombies” and disliked “organized religion.”

An online dating profile linked to Chris’s e-mail address and featuring another photo of him, says the 26-year-old was living with his parents and searching for the “yin to my yang.” It identifies his views as “conservative, republican,” and lists “organized religion” as one of his “dislikes,” which appears to have some connection to reports that he instructed students to stand and state their religious beliefs before opening fire on campus. Chris also claimed to have liked “killing zombies,” while under the foods category he wrote, “always dieting, BRAINS!!!” Elsewhere, Chris also described his personality as “lover, conservative, professional, intellectual and introvert.”

In addition to the dating profile, Chris also allegedly had a profile on the site Morgue Penpals, a website for people who are seeking pen-pals with alternative lifestyles. In his profile, he wrote about what he’s looking for in a friend, stating: “I’m 20 years old, in college. I like to listen to music, mostly goth/punk/industrial/electronic, and I love to watch movies. Horror movies are the best, but i also like some action films, depending on the type, and I like crime dramas as well. I’m looking for penpals who are similar to me, but anyone is welcome to email me.”

Unfortunately, these profiles do little to reveal the motivation behind the mass shooting, which tragically claimed the lives of 10 people, including the gunman, while injuring 7 others. Prior to the massacre, however, Chris reportedly did take to the website 4Chan, where he allegedly revealed his murderous plan in a series of posts that referenced Elliot Rodger, the man who shot and killed six people near the Santa Barbara University campus on May 23, 2014, as his “hero.” We can not begin to comprehend what would drive someone to commit such a horrific act. Our thoughts are with all of those affected by this terrible tragedy.