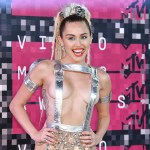 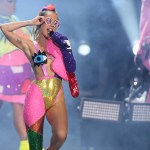 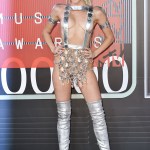 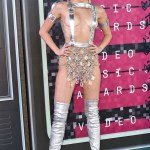 Many believed the video of Miley Cyrus’ scared reaction to Nicki Minaj calling her a b—- on stage at the MTV VMAs on Aug. 30 was real. But, that’s not exactly what happened. MTV released unedited footage of what actually happened between the two stars.

Nicki Minaj, 32, and Miley Cyrus, 22, both caused quite a stir after their act at the MTV Video Music Awards on Aug. 30. Not only were viewers shocked when Nicki called Miley a b—-, they found it equally amusing when footage of Miley’s “response” to Nicki’s diss surfaced on the internet. But, that may not be how Miley reacted. MTV released the unedited footage of that moment and here’s what went down!

The truth is finally here. After letting the drama run rampant between Nicki and Miley for roughly a day, MTV finally released the unedited footage of the night. The network staged multiple cameras around the venue to capture audience reactions and to give viewers all access to the show. Here’s how Miley actually reacted when Nicki tossed back to her during the VMAs. Watch it all go down below.

Click to buy The Pinkprint Deluxe Edition on Amazon

As you can see, Miley returned Nicki’s diss with her own sass and attitude. The 22-year-old was already facing Nicki when the rapper called her a b—-! Not as shocking and hilarious as the fan edited footage originally was. So, what exactly happened during that clip of Miley mouthing the word, “what?”

As MTV revealed, the footage of Miley looking discombobulated actually happened when Nicki was thanking her “epic” fans. It’s so easy to manipulate footage! But at least we all know the truth behind what happened now.

Before the truth came out, there were multiple reports of the hostile moment on stage at the MTV VMAs between Nicki and Miley being real. Some claimed Miley stormed off the stage angrily yelling and that the two were kept far from each other from the rest of the night. If anyone was paying attention at all during the show, they would’ve also seen Nicki giggling after mouthing, “what’s good?” to the host of the show.

Tell us, HollywoodLifers! Were you fooled by the fan edited footage from the night?