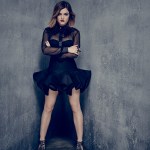 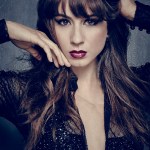 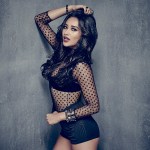 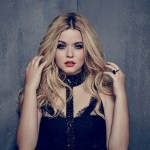 The summer of answers is coming to a close, and the girls will FINALLY come face-to-face with ‘A’ on the ‘Pretty Little Liars’ summer finale on Aug. 11. In case you were questioning whether or not we’d actually see ‘A,’ EP and creator I. Marlene King released a video that will put your feArs to rest. Click to WATCH!

Pretty Little Liars fans, the time has come. After six seasons, “A” is going to be unmasked. The show has put us through a roller coaster of emotions regarding the identity of “A,” but creator I. Marlene King confirmed we WILL see “A’s” face in the Aug. 11 summer finale and learn the story behind PLL’s villain in an all-new video!

“It’s no lie. You are going to come face-to-face with ‘A,’” Marlene says in the video. “The summer of answers is not just coming. It’s here,” she continues. We asked, and Marlene is telling us we are about to receive all the answers we’ve been waiting for.

IT’S NO LIE! You will come #FAceToFace with A! @imarleneking sets the record straight about the PLL summer finale! https://t.co/Eotvd6QHi2

Okay, so we’ve been really anxious to find out who is behind the mask. Well, start taking deep breaths now, because Marlene is assuring us the summer finale isn’t going to cause us to throw popcorn at the TV screen because of unanswered questions. “You’re gonna see ‘A’s’ face. You’re gonna hear ‘A’s’ story,” Marlene says. “You will have no more questions after that episode.” PRAISE!

After the highly-anticipated finale, the show will jump forward five years. Entertainment Weekly recently released the first photo of the girls post-high school, and they look all kinds of fierce. The girls will be sitting pretty in their new lives, but “there’s definitely some mysteries to come and a lot more story to tell,” Marlene told the outlet. We have a feeling “A” is going to be following them into the future.

HollywoodLifers, are you excited for the big “A” reveal? Who do you think it is? Let us know!