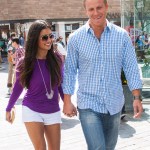 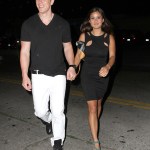 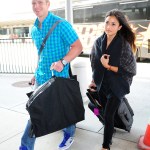 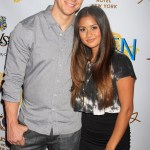 Catherine Giudici is standing by her man! When Sean Lowe and Jason Mesnick switched wives on ‘Celebrity Wife Swap’ July 29, Sean and Catherine’s lifestyle was exposed and shocked many as it was quite . . . traditional?

Following The Bachelor edition episode of Celebrity Wife Swap, Sean Lowe received a ton of backlash for being a “jackass” — his words, not mine — to his wife Catherine Giudici. Sean switched wives with Jason Mesnick, and when Molly found out the crazy way that Sean and Catherine live, she was not okay with it. They are used to a very old school lifestyle: he went to work, while she stayed home and was responsible for all the cleaning, housekeeping and cooking a very bland dinner every night for Sean.

“Wife Swap is about to start on the east coast. Just remember, it’s TV. Let the ridiculousness begin,” Sean wrote on Instagram before the episode began. However, right away the “ridiculousness” that was his life started, which featured Catherine cooking very boring meals night after night to give him “fuel,” and ironing all of his clothes (including socks), causing fans to go INSANE.

“.@seanlowe09 The 1950’s called. They want their chauvinism and oppression back. #bachelor #celebritywifeswap,” One tweeter wrote. “Wife swap made Sean Lowe seem like such an ass and Catherine look ditzy,” another added. However, some did point out that it was editing — which was Sean’s reasoning as well.

Afterward, he shared a cute pic of his dog watching the show, and responding to all the hate he was receiving. “Yeah… so that whole Wife Swap thing made me look like a complete jackass but I guess that’s the risk you run when you agree to take part in something like that. Thanks to those who saw through it all and offered words of support.”

Catherine also stood by her husband, posting a photo of them with the caption, “I have been blessed with the most humble, selfless, wonderful husband :) TV has been great to us and sometimes it hasn’t, but I am always confident knowing @seanloweksu’s heart is good. I wish you could all see past his chest of titanium to his heart of gold ❤️.”

Did you think he was a jackass on the episode?