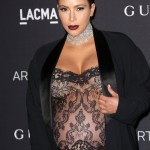 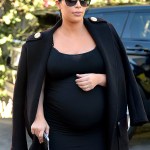 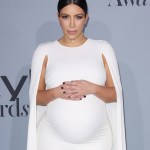 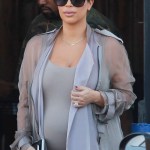 Kim Kardashian has been open about her struggle with psoriasis. On July 27, she was spotted with a large patch on her ankle. Read expert tips on dealing with the skin condition below!

Kim Kardashian, 34, is pretty much flawless, but her psoriasis, a skin condition with no cure, has been a battle she has been fighting for a long time. Find out what causes psoriasis and shop four at home remedies right here.

“Nobody knows what causes psoriasis. It is a very common condition. It often causes red, scaly patches on the skin and causes deformities of the nails and may affect the scalp as well. It can also cause arthritis. Treatments for psoriasis consist of topical creams — usually steroids to reduce inflammation. There are other topical creams that work as well such as retinoids and vitamin D derivatives. Psoriasis patches and plaques can be injected with a steroid to reduce the inflammation and make them fade faster. They also respond to light treatments such as natural sunlight or UVB phototherapy in a doctor’s office. For severe cases there are injectable or oral medications that suppress the immune system.”

Since Kim is pregnant, we asked if that affects her condition:

“Women may report that the intensity of their psoriasis changes at menopause or while they are taking hormones. Part of the reason this is unclear is that so many other factors could explain changes in psoriasis. One big factor is stress, which often plays a role during pregnancy, childbirth, and menopause. Sometimes women develop psoriasis at the birth of their child, which might be attributed to the stress of childbirth.”

At Home Remedies — Over The Counter Solutions

Though there is no cure, there are products to lessen the symptoms and make you more comfortable. Dr. Neal Schultz, NYC dermatologist and host of DermTV.com and creator of BeautyRx by Dr. Schultz says:

“For her [Kim Kardashian’s] psoriasis on her leg, a topical cortisne ointment (prescription strength) would give the fastest and best short term improvement. When it’s better, then a lower strength cream is used.”

The new PCA SKIN CliniCalm %1 smooths and relieves itching and irritation with maximum strength 1% hydrocortisone. It’s great for psoriasis, eczema and even inflammation from waxing and shaving.

Akérat S Psoriasis Skin Cream used Salicylic acid, Lactic acid and Urea (30%) to “help reduce dryness, plaque buildup and skin thickening. After 10 days of use, the product showed significant improvement in the treatment of hyperkeratosis, flaking and dryness,” according to the brand.

Psorent Psoriasis Solution is a non-prescription topical that is easy to apply with a dab-on applicator. It quickly absorbs into the skin and is a clinically proven formulation that controls the symptoms of plaque psoriasis. The formula is a steroid-free 15% liquor carbonis distillate (LCD). See amazing before and after pics here!

Kim told IntoTheGloss.com in February 2015: “I have this at-home LED light therapy machine called Quasar MD Plus that I got it for my psoriasis because I’ll try anything. I used to have it so bad on the back of my legs. I had a lingerie photoshoot once, and it was just covering my legs. I have the behind-the-scenes pictures, and it’s pretty crazy. Now I just have two patches that won’t seem to go away, but the rest have gone away ever since I had [North West].”

Of Kim’s recent improvement, Dr. Schultz says, “The behavior of psoriasis in pregnancy is variable; some people get better (probably because of higher cortisone levels during pregnancy) and some get worse…..just like acne!”

Do you suffer from psoriasis?