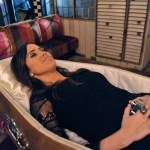 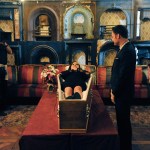 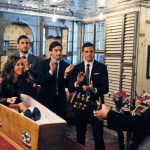 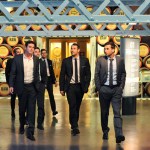 Well… ya think? In a new sneak peek of ‘The Bachelorette’ special, ‘Men Tell All,’ Kupah confronts Clint and JJ for that relationship they kept on the show — and wanted to know what was up.

Everyone may have been falling in love with Kaitlyn Bristowe on The Bachelorette, but JJ and Clint seemed to be focused on themselves — that was until JJ turned on him. So, on the special episode of Men Tell All airing July 20, Kupah takes the opportunity to really dig into them! Watch the sneak peek.

“The way you threw your boy, your soulmate, under the bus,” Kupah says to JJ during the special, pointing out what he didn’t like. “I don’t have a problem with you hanging out in the Jacuzzi for two hours. I just want to make that point that it was a lame move on your point. You should have just stood by your boy. You’re saying a lot of stuff right now that continuing to make it sound really funny. We get it, it wasn’t superficial friendship.”

Even though he was talking to JJ, Clint chimed in. What a great BFF he is. “We were friends. I spent too much time with him,” he admitted.:”Other people got either jealous or they thought that there was some sort of other thing going on.”

We can’t really blame Kupah for calling him out; he’s definitely right! JJ went from literally being attached to Clint’s hip to completely throwing him under the bus — not quite the honorable thing to do to your best friend. We can’t wait to see these two really explain what went down on the special, airing on ABC at 8PM on Monday.

Do you agree, HollywoodLifers? Do you think JJ was a crappy friend? Let us know!