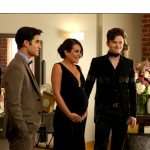 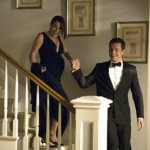 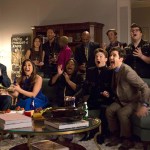 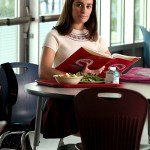 Way to keep a secret! Formerly engaged couple — and ‘Glee’ costars — Melissa Benoist and Blake Jenner are now married, you guys. The adorable duo exchanged vows on the sly ‘several months’ ago.

Oh-em-Glee! Melissa Benoist, 26, and Blake Jenner, 22, are husband and wife — and they have been for quite some time now. Keeping their marriage hidden from Gleeks everywhere, the pair apparently wed in late March after Melissa was finished filming her upcoming CBS drama, Supergirl — a source EXCLUSIVELY confirmed to HollywoodLife.com. Click inside for all the details!

Melissa was seen rocking a thin, silver band on her ring finger while attending Comic-Con in San Diego, CA to promote Supergirl (premiering Monday, Oct. 26 at 8:30 p.m. ET on CBS), according to Us Weekly — also reporting that the actress told numerous people at the annual event that her big day had indeed already went down.

After Melissa and Blake made things official this spring, they spent their honeymoon traveling throughout Europe, a source also tells the mag. In fact, they Instagrammed a bunch of precious pics from their romantic trip at the time. How on earth did anyone miss the fact that these two had tied the knot?! A second insider described the wedding as, “very small with their families there.”

The newlyweds met while filming Glee together, Melissa playing Marley Rose and Blake playing Ryder Lynn. The actors got engaged in 2013 after they fell in love on set. “We clicked on his first day, during a ‘Born to Hand Jive’ dance rehearsal,” Melissa has said. “I love talking about it. Blake is amazing! The chemistry you see with Marley and Ryder is not acting.” Aww!

While their characters were romantically linked, they didn’t fare as well as the real-life couple. Marley and Ryder went on one majorly awkward date on the Fox hit, a stark contrast to Melissa and Blake’s actual happily ever after.

HollywoodLifers — what do YOU think of Melissa and Blake keeping their marriage under wraps for so long? Are you surprised they got married in secret? Let us know your thoughts!