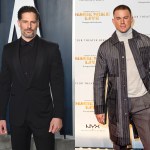 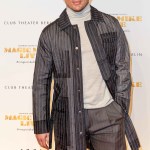 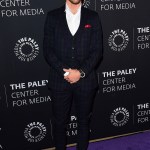 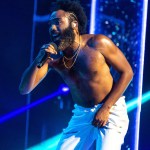 With ‘Magic Mike XXL’ now in theaters and Channing Tatum steaming up the screen with his hot dance moves, HollywoodLife.com is remembering all the sexy guy who can dance in Hollywood. Prepare to swoon.

It’s time to show off those moves, boys! Channing Tatum and his co-stars are bringing sexy back with their downright HOT moves in Magic Mike XXL, and the dance fest prompted us to recall some of the other sexy guy dancers in Hollywood. From Chris Brown to Justin Bieber, these guys have some serious moves!

When we think of guys who can dance in Hollywood, Channing immediately comes to mind. He made our jaws drop with his epic moves in Step Up alongside wife Jenna Dewan-Tatum, but that was just the beginning. Magic Mike opened us up to a whole new side of Channing’s dancing.

In Magic Mike, which was released in 2012, Channing’s character hit the strip club stage to show off his sexiest moves. From his hip-thrusting and grinding, Channing knows how to move. Honestly, we’re not sure how his body can move like that, but we’ll take it. Channing must have known we wanted seconds because the movie’s sequel, Magic Mike XXL, was released in July 2015.

Channing and the gang upped the ante in the sequel. The scenes got hotter, and the moves got sexier. Joe Manganiello got his chance to shine in the epic mini-mart scene. He flaunted his hottest moves amidst Cheetos and bottled water. Only Joe could make us feel this type of way.

We all know Breezy has moves. One of the things that makes Chris such an amazing artist is that he can sing and dance it up on stage. We’ll never forget his Michael Jackson tribute at the BET Awards in 2010 where he channeled his inner “King of Pop.” He also showed off his moves during his performances at the 2015 BET Awards!

Justin’s another one of those artists who’s got serious moves. The Biebs always puts on a show whenever he’s on tour. The singer had a lot of fun dancing it up in his “Where Are U Now” music video.

In case you didn’t know, Thor can dance too. Before Chris Hemsworth, 31, was a superhero, he was a contestant on Dancing With the Stars. Yes, really. He appeared in season five. Sadly, he didn’t win the mirror ball trophy, but we think he ended up a winner in his own right.

HollywoodLifers, who is the hottest guy dancer in Hollywood? Vote now and let us know!