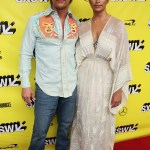 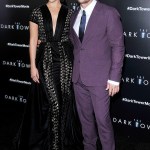 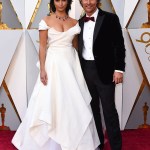 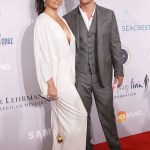 No! After the Ben Affleck and Jennifer Garner breakup on June 30 our hearts can’t handle yet another Hollywood breakup so soon. In a brand new report, we’ve learned Matthew McConaughey and Camila Alves may be heading for a massive divorce.

Matthew McConaughey, 45, and Camila Alves, 32, have been married since 2012, but now we are learning there may allegedly be trouble in paradise. Divorce is never easy, and we’ve learned in a brand new report if these two decide to head down this route it could lead to a whopping $125 Million divorce. Find out why these two may be heading to splitsville!

“He’d rather she focus on family life,” the insider told OK! magazine.” At this point,” the source says. “they have major problems to work through.” While many know Matthew for his incredible onscreen roles, Camila has tried to step out to make a name for herself as well. As the designer of MUXO by Camila Alves, the mother of three has dedicated a lot of time to create a brand for herself. While we love the fact both parents are dedicated to work and family, we hope these divorce rumors aren’t true.

While it’s reported Matthew wants Camila to focus more on her family, we have learned their relationship is just filled with a lot of drama. Uh, so sad! “Nonstop fights,” the source told OK! magazine. From the get-go, marriage wasn’t ever Matthew’s main focus. While he loved Camila, he wasn’t allegedly ready to rush down the aisle.

“I had to get to the point where I saw it as more than just the thing to do,” Matthew told GQ on marriage to his wife. “I wanted to really want to. You know, I didn’t want it to be a destination; the fun is that we’re on the adventure together. And look, some of it had to do with her putting it on me. It took her going, ‘C’mon, Big Boy, Mr. Easygoing-We’ll- Get-to-It-When-We-Get-to-It. Either s–t or get off the pot.’”

HollywoodLifers – Do you think Matthew and Camila will stay together? Let us know your thoughts!