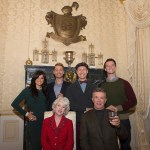 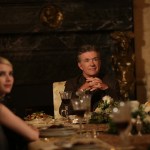 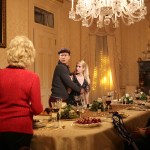 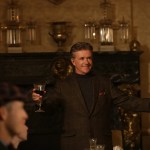 Could Taylor Swift really play a mean girl? Well if it were up to Ryan Murphy, she’d definitely be part of the sorority in his new Fox show, ‘Scream Queens.’ He told HollywoodLife.com exclusively that he actually reached out to see if she could do it!

It seems like Ryan Murphy can get absolutely anyone he wants — from Glee to American Horror Story to Scream Queens, he’s always landed huge stars! However, one person who turned it down was one of his favorite singers, Taylor Swift! So, why couldn’t she do it?

“I love Taylor Swift. I go after Taylor Swift for everything that I do. I have great affection for her,” Ryan told us exclusively at a screening for Scream Queens in LA. “And she’s always been so nice about giving me stuff. And I think she’s great. I would love to work with her. I actually called her people about her for this, but she had already booked a tour, and I said, just do one episode, but she couldn’t even do that. But some day, because I’m a big fan.”

Well, it’s not that surprising since Taylor is insanely busy on a huge world tour — and when she’s not, she’s busy on star-studded double dates with Joe Jonas and Gigi Hadid and her new hot beau, Calvin Harris. So yes, she has a good reason, but what we would have given to see T-Swift wearing some Greek letters alongside Lea Michele? Yes, please!

However, Ryan also told us many have said yes to joining, especially after he cast Jamie Lee Curtis. For example, Lea joined without having any idea what it was. “I just thought, wouldn’t it be fun to see Lea play something completely non glamorous and weird? And you’ll see in the second episode of all the characters, she’s obsessed with death. She’s the one that wants to go in and touch the dead body,” he said. “And then she tried to steal Emma’s boyfriend. So I called her up. I’m like, you can’t wear any makeup, and you’re in a neck brace. And you’re in the worst outfits of all time, but you have a great turn. Will you do it? And she said yes, sight unseen. So she took herself out of pilot season contention. She said, ‘Okay, I’ll do it,’ based on trust, I guess.”

Do you wish Taylor would have joined Scream Queens, HollywoodLifers?