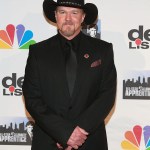 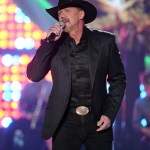 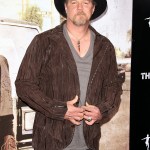 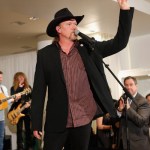 Yikes! Trace Adkins’ wife, Rhonda Adkins, filed for divorce in March of 2014, and now over a year later the two have settled the case ending a 17-year marriage. Definitely a sad day in the Adkins household. With only a signature needed to finalize the divorce, it doesn’t seem there is any turning back now.

Trace Adkins, 53, and wife Rhonda Adkins, are officially dunzo! After the two entered private mediation the two were able to map out the details of the divorce. From the custody arrangement of their three daughters to the $20 million fortune, Trace and Rhonda were able to settle it without the world learning every detail of their private life. Read the statement from the singer’s lawyer here!

“The Adkins have settled their divorce amicably,” Trace’s lawyer Larry Hayes Jr. told E! News. “Rhonda and Trace made this decision together in the best interest of their family. All that remains is for the court to approve the agreements that have been executed by them both.  An updated petition seeking such Court approval will be filed in the coming days.” With the mediation complete, the next step is for the divorce petition to be refiled. Once that is complete, a simple signature will finish it off. While the divorce may be amicable according to their lawyer, Rhonda was the initial one who filed the divorce docs in Williamson County, Tenn., citing “irreconcilable differences.” So, what was the main reason for Rhonda to end her marriage after being married for 17-years? Well, it seems Trace’s alcohol addiction may have allegedly played a big part in it all.

It may have just all started when Trace relapsed on Jan. 13, while he was on a cruise ship in Jamaica. After 12 years of sobriety, Trace checked into rehab to focus on the path back to a sober life. After he checked into rehab, his rep revealed, “Trace has entered a treatment facility after a setback in his battle with alcoholism. As he faces these issues head-on, we ask that his family’s privacy will be respected.” We wish these two the best as they move forward into their next chapter!

HollywoodLifers – Were you surprised by their divorce? Let us know your thoughts!