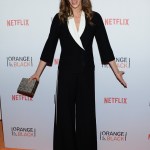 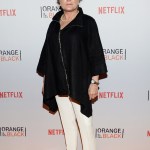 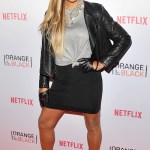 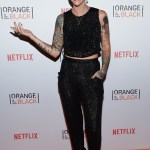 The inmates are back! Season 3 is on Netflix now and fans are ready for more drama among the inmates, especially stars Taylor Schilling and Laura Prepon. But before you get to binge-watching, here’s everything you need to know about what the cast puts on their feet.

Footwear News talked to costume designer Jenn Rogien (also of Girls fame) and got the scoop on the footwear from the show, including those prison boots paired with orange jumpsuits. Check out her Q&A below for the insider details on the cast’s footwear in and outside of the jail cell.

We mostly see the characters in orange uniforms, but what about the footwear looks?

“There is a pair of standard-issue boots that we purchased from a prison supplier. The actors are very divided: Some of them love the boots’ clunky and powerful feel and others hate them for the same reason. It’s funny to see the range of reactions because it’s a real prison boot.”

The show also features flashback scenes. Is this your chance to showcase other shoe brands?

“My philosophy is that costumes are built from the ground up. We had a few flashbacks in the first season where we used out-of-season Manolo Blahniks we found at DSW for Piper. She had a lot of money then and it was the right shoe. For her contemporary life, we ended up using a lot of Frye.”

What about the non-inmates on the show?

“Fascinatingly, Larry [Biggs] had a huge shoe closet. We featured casual to dressy looks, from Cole Haan to Ralph Lauren. Fig [Alysia Reiner] has some shoe moments come up too. She was always in an elegant shoe. Inmates are stripped of wardrobe as a means of self expression, and she’s oblivious to that. We found out more about her past in season 2, and that’s always reflected in her shoe choices.”

Have you started the newest season yet, HollywoodLifers? What’s your take on the