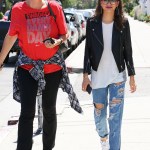 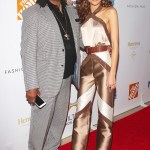 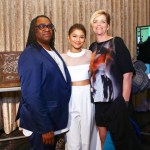 K.C. Cooper has her work cut out for her! During a three-part ‘K.C. Undercover’ weekend special, the young spy is assigned to work with the dashing Brett and shenanigans ensue. Ross Butler, who plays Brett, tells us all about the drama that goes down and more!

K.C. (Zendaya Coleman) better be on the lookout for drama! K.C. Undercover is airing a three-part episode titled “Double Crossed” this weekend, and there’s a new guy in town. Ross Butler is recurring as Brett, a fellow spy who takes K.C. under his wing. Ross tells HollywoodLife.com EXCLUSIVELY about K.C. and Brett’s “crazy” hijinks and whether romance could be in the works!

“I play an undercover spy, and I take K.C. under my wing,” Ross told HollywoodLife.com. “I’m kind of teaching her the ropes because she’s still fairly new and I was named ‘Junior Spy of the Year,’ so I know a bunch of martial arts and I’m a little, let’s just say, confident. Me and K.C. pretty much get into some pretty crazy antics.”

Sounds like this three-part episode is going to be one to remember. Could romance be on the horizon for K.C. and Brett? “Yea, there’s definitely a possibility of me and one of the characters on the show,” Ross continued. “I’m not really going to say who yet.”

What a tease! In the preview of the upcoming weekend episodes, something clearly goes down. K.C. is conflicted about Brett, but he reassures her that he won’t let her down. “If you can’t trust me, who can you trust?” Brett asks K.C. Gasp!

Ross Butler: Zendaya Is Going Above & Beyond At Just 18 Years Old

Zendaya is one of the most sought-after young actresses in Hollywood. She’s incredible both on screen and off. Ross told us that he was so impressed with Zendaya’s work ethic on the set of K.C. Undercover.

“Zendaya is great,” Ross told us. “I didn’t know how old she was when I first started working with her, and she’s just super professional. I totally thought she was like 20 or 21 or something because she’s just very mature and very down to earth, and she just really knows what’s she’s doing in acting and dancing and basically whatever she does. I was really impressed because she’s only 18, and when I was 18, I definitely wasn’t producing my own show.”

The second episode of K.C. Undercover’s “Double Crossed” special will air tonight, May 30, at 8PM ET/PT on the Disney Channel. The third and final episode will air May 31. HollywoodLifers, will you be tuning in? Let us know!