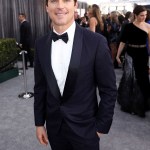 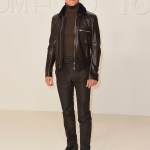 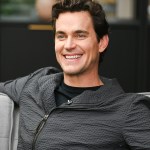 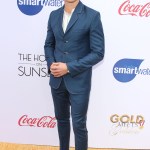 If Matt Bomer, 37, decided to always leave his shirt far behind, we wouldn’t complain much. Over Memorial Day weekend, the Magic Mike XXL star vacationed in Maui alongside his beautiful family. While Matt was walking out of the ocean,  the actor  was snapped by the paps — shirtless and looking better than ever. Get the scoop on his trip right here!

Beach goers received quite the surprise on May 24, when Matt stripped off his shirt showing his beyond toned figure on vacation while swimming in the crystal clear waters of Hawaii. A view like that — meaning his abs — makes one very jealous of his lucky husband, Simon Halls, 51, who enjoy the fabulous getaway with him, along with their three sons twins, Walker and Henry, 7, and Kit, 10.

During their trip, Matt took to Twitter to share some family pics from the trip, including one of a beautiful view with the caption, “Aloha!”  Besides enjoying the gorgeous views, Matt and Simon went on the cutest snorkeling date. The two even wore matching black wetsuits! #RelationshipGoals

Matt Bomer: How He Bulked Up For ‘Magic Mike’

With a body like Matt’s it takes serious dedication and many hours in the gym. As he prepared for the first Magic Mike he had to pack on lots of weight in order to get into character.

“I think I put on maybe 10 or 15 pounds for the film, because it’s a lot of pressure to go out there for anybody and start dancing in front of a group of strangers,” he told Access Hollywood in 2012.

In the new Magic Mike XXL trailer, Matt’s body looks EVEN MORE ripped than the previous film. It will be interesting to hear more about what he did to get his body into such great shape. Whatever he is doing is clearly working. Maybe it’s all the outdoor activities he does with his fam! I mean, snorkeling is a good workout, right? Let the countdown until July 1 begin! HollywoodLifers, let us know your thoughts on Matt’s hot body.