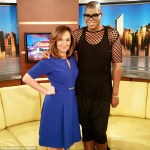 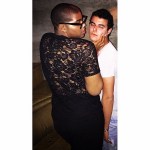 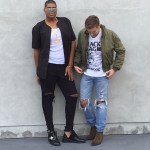 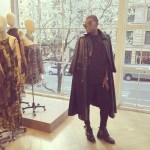 Talk about a transformation! EJ Johnson has a new bod and he is flaunting it! The Rich Kids of Beverly Hills star is almost unrecognizable after his dramatic weight loss – he’s shed over half his size!

Wow! EJ Johnson, 22, is looking fierce! After struggling with his weight for years, the Rich Kids of Beverly Hills star decided to take control of his life. The results speak for themselves, as EJ has dropped those extra pounds – and then some! Click to see more of EJ’s incredible new appearance!

While on the May 5th episode of the Wendy Williams show, the son of Magic Johnson revealed that he underwent surgery in Sep. 2014 for a gastric sleeve, reports the Daily Mail. Since then, EJ has lost over 100 pounds!

“It’s definitely somewhere far over 100,” EJ told Wendy Williams. “I mean, like literally half my size.”

Wow! That’s amazing, not just because he looks wonderful, but it’s great for EJ’s health. You can tell that he loves his new look, though. He has blown his Instagram account up with shots of his new body, living it up now that he’s slimmed down.

However, EJ’s aware he can’t just go under the knife whenever he wants to shed a few inches. He said that his surgery “was a tool,” and that “it was something that really helped [him] jumpstart the life [he] definitely wanted to lead.”

That’s awesome! It sounds like EJ knows that in addition to his sleeve, he has to diet and exercise in order to keep his fabulous new self! In fact, when Wendy said he’s going to be like the type that never gains the weight back, EJ said, “I’m holding on to the new me!”

EJ’s weight loss will be a central event during the third season of #Rich Kids, set to premier on May 24 on E!. To prepare for the new season, better get your pool etiquette down – unless you want to get shaded by Dorothy Wang, Morgan Stewart and the rest of the kids.

What do you think about EJ’s weight loss, HollywoodLifers? Does it make you excited for the next season of Rich Kids?