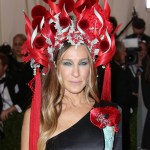 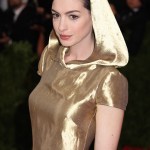 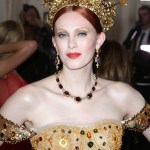 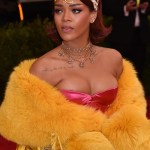 The internet was pissed at Emma Roberts on May 4, when the ‘Scream Queens’ actress wore chopsticks in her hair, as she headed to the annual Met Gala. The backlash was so intense that she removed the chopsticks before walking the red carpet. See the pics here!

Penis dresses are okay, but according to people on the internet, chopsticks are so inappropriate for the annual Met Gala. Emma Roberts, 24, was chastised for wearing the accessories in her hair on May 4. Why? In Chinese culture, they represent death.

The theme for this year’s Metropolitan Museum of Art Costume Institute Gala was “China: Through the Looking Glass,” so we can understand why the Scream Queens star chose to wear the popular hair accessory. However, after learning the true meaning behind the chopsticks, it may have been a bit insensitive. And internet users didn’t hesitate to let her know!

Emma Roberts literally has chopsticks in her hair & people are praising her for “sticking to the theme”? …anyways 👀 imma stay in my lane

Oh dear god we have got our first offender wearing chopsticks in their hair. Novel idea Emma Roberts. #MetBall

Emma Roberts has chopsticks in her hair. Take one drink. #MetGala pic.twitter.com/QEScoIpmvN

EMMA ROBERTS HAS CHOPSTICKS ON HER HAIR, I QUIT.

What do YOU think, HollywoodLifers? Were you offended by the chopsticks in Emma Roberts’ hair? Vote in our poll and tell us how you feel!