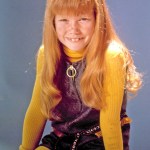 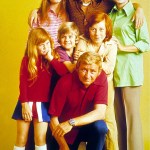 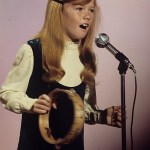 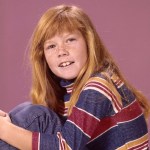 Suzanne Crough sadly passed away on April 27, and her ‘Partridge Family’ costar, Shirley Jones, has spoken out on her death to HollywoodLife.com EXCLUSIVELY. Shirley, who played Suzanne’s TV mom, revealed how she’s ‘sad’ and ‘devastated’ over the sudden loss of Suzanne. See her full statement here.

Suzanne Crough died on April 27 of unknown causes, and people are shocked and saddened over the news of her death — including Suzanne’s former Partridge Family costar, Shirley Jones, 81. HollywoodLife.com was the first to speak to Shirley after Suzanne’s death, who called it a “rude awakening” after hearing Shirley had passed away at just 52 years old.

I am so devastated to hear of the sad and sudden loss of Suzanne. I still remember her as my young daughter on The Partridge Family. She was the baby of the show.  It’s a rude awakening that we are all mortal. How fleeting life is. My heart goes out to her family and children. Suzanne will always be remembered and I will always treasure my memories of her. Suzanne Crough …my sweet TV baby for 5 years…only 52…never a sick day…two adorable children…a devoted husband…everything to live for…just fell asleep at the dining room table and left us forever.  Dear God take care of my baby.

Shirley and Suzanne had a very close relationship on and off screen, as Suzanne played Shirley’s TV daughter, Tracy Partridge, for four seasons from 1970-1974. It’s clear that they developed a special bond, and we can just imagine how heartbreaking the news of Suzanne’s death was to Shirley.

Suzanne appeared at a Partridge Family reunion on the TODAY show in 2010, and revealed that she had left her acting days behind and became a manager at Office Max in Arizona. Though she left acting behind, she clearly stayed on good terms with her TV family.

Suzanne was happily married and had two kids. Sadly, she’s missing out on one of her daughter’s weddings which is supposed to occur this summer, according to TMZ.

Our thoughts continue to be with Suzanne and her loved ones — including Shirley — during this difficult time.