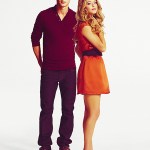 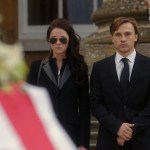 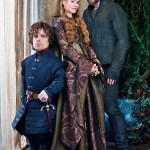 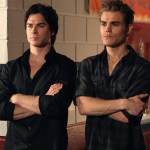 In honor of National Sibling Day, HollywoodLife.com is rounding up the hottest siblings to grace our television screens! You’re welcome. Now vote for your fave!

We’ve been blessed with so many sexy siblings over the years. From Damon (Ian Somerhalder) and Stefan (Paul Wesley) to Dean (Jensen Ackles) and Sam (Jared Padalecki) to Prince Liam (William Moseley) and Princess Eleanor (Alexandra Park), there’s no denying that these families have hit the gene pool jackpot. HollywoodLife.com has a list of the hottest brothers and sisters on TV right now!

*Damon and Stefan (The Vampire Diaries)

You had to know these two would be at the top of the list. Through thick and thin, Stefan and Damon have stuck by each other. Hey, they were even able to move forward after Damon fell in love with Stefan’s girl. At the end of the day, The Vampire Diaries is about the two gorgeous, beautifully flawed Salvatore brothers.

The DiLaurentis’ are pretty shady, but ever since Alison returned to Rosewood, this brother and sister has stirred up so much drama and looked sexy doing it. Even Hanna’s mom took notice of Jason (aka Patrick Schwarzenegger’s doppelgänger). Watch out, Aria and Mike!

They’re the new kids on the scene. This brother-sister duo couldn’t be more different — Liam is the sexy ladies man while Eleanor is the sassy party girl. Living the royal life can be hard, but these two make it look so, so good.

Like Damon and Stefan, there’s no complete list of hot siblings without Dean and Sam. These two have handled it all — Purgatory, death and more. No matter what happens, there’s so much brotherly love between these two family members. They’ve got each other’s backs. Always.

Aria and Mike have been the resident brother and sister in Rosewood. They hid some major secrets for each other, but the Montgomery bond is strong.

The Lannister family is 50 shades of complicated, but there’s no denying they’re the hottest family in Westeros. (Sorry, Stark kids, y’all are barely a family anymore.) Amidst Cersei’s manipulation, Jaime and Tyrion have stuck together. There may be brotherly love and twisted love brewing between this trio, but they keep things interesting.

*Klaus and Elijah (The Originals)

Klaus and Elijah definitely give Damon and Stefan a run for their money in terms of hot Vampire Diaries/Originals siblings. They have lived for thousands of years are still two of the hottest brothers of all time. Long live the Mikaelson reign!

*Elena and Jeremy (The Vampire Diaries)

Jeremy has died more times than we can count, and I don’t know how Elena has coped with that. Despite the shadow of death that seems to follow Elena and Jeremy, they would literally die for each other.

HollywoodLifers, who do you think are the hottest siblings on TV? Vote now and let us know!