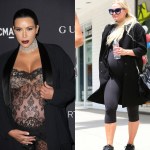 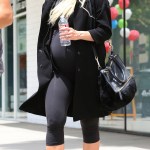 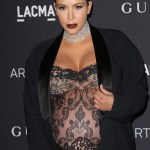 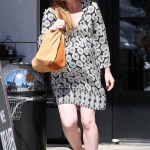 It’s been a longtime coming, but finally Lisa Hochstein and husband Lenny Hochstein are expecting their first child via surrogate. So exciting!

Real Housewives of Miami star, Lisa Hochstein, 32, and husband, Lenny Hochstein, have announced they are expecting their first child thanks to the help of a surrogate. The pair have been struggling for years to conceive a child naturally, but due to infertility issues, weren’t successful.

Expecting mom, Lisa, announced on Feb. 9 that she and Lenny will be first time parents, according to Us Weekly.

The couple is over the moon with joy, but are trying to stay grounded until the first trimester is over and their baby is officially in the safe zone.

“It did not feel real, almost unbelievable!” the housewife told the outlet. “Although I was beyond excited and overjoyed, we did not want to get our hopes up too high until we passed the first trimester.”

That’s understandable, this poor couple has had their hearts broken multiple times.

Fans have witnessed on the Bravo show the long standing trouble Lisa and her hubby have had trying to get pregnant. The mom-to-be had three miscarriages and four failed IVF attempts.

“We felt that we tried almost every option available to us except surrogacy,” Lisa said. “Adoption was a consideration if this didn’t work.”

So sad. Thankfully, with the help of a surrogate, these two will get to experience the joy of parenthood!

Lisa Is Excited To Name Their Baby

One of the best parts of becoming parents, is getting to decide on a name. Although, Lisa and Lenny don’t know if their baby is a boy or a girl, they have the name covered.

The reality star revealed to the news outlet that, “We are thinking he or she should have a name beginning with the letter L so we would all have the same initials. How cute is that?!”

Congratulations again to Mr. and Mrs. Hochsetin on your exciting news!

What do YOU think, HollywoodLifers, will the couple continue to grow their family via surrogate? Let us know.