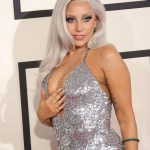 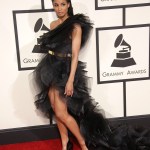 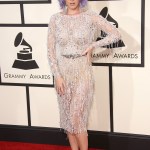 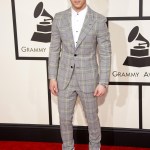 Madonna wore a wacky Givenchy Couture matador costume to the Grammys and she flashed her toned butt to photographers. HollywoodLifers, did you think it was fun or totally gross?

Madonna, 56, hit the red carpet in a wild outfit in honor of her new single, “Living For Love” but she got fans talking even more when she gave everyone a peak of her bum! The mother-of-four lifted up her dress as she walked the red carpet and it was the last thing anyone expected her to do.

Madonna Flashes Her Butt On The Grammys 2015 Red Carpet

Madonna is set to be the first performer at the 57th Grammy Awards but we bet she’ll keep her CBS performance a bit more tame.

The singer performed in 2014 with Macklemore & Ryan Lewis and she’s won seven Grammy Awards. It’s safe to say she’s a total pro when it comes to this show and she simply wanted to show off her perfect butt! We don’t blame her.

Madonna’s song is off her upcoming Rebel Heart album which is set to be released March 10. Her music video is super awesome and we hope her Grammy performance is just as entertaining. She plays a matador with a bunch of hot men in the music video and we bet she’ll do something similar during the show.

Ariana Grande tweeted about Madonna’s song “Rebel Heart” and Madonna replied immediately, making us wonder if a duet is soon to come!

.@arianagrande You've been such a good girl this year I wanted to give you something special 😉😉 ❤️ #RebelHeart

We absolutely love them tweeting and we would just fall on the floor if they released a song! We love them and can’t wait to see what happens next.

HollywoodLifers, do you think it’s strange of Madonna to flash her butt?