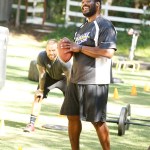 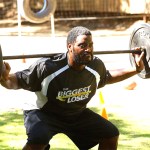 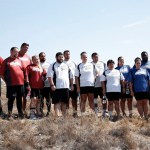 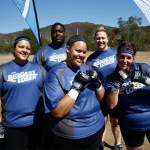 After six months, blood, sweat, tears and thousands of hours in the gym, we have a new ‘Biggest Loser!’ And the person won by one pound!

On the season 16 finale, which aired live on Jan. 29 from Hollywood, Calif., the final three contestants — Toma Dobrosavljevic, Rob Guiry and Sonya Jones  — battled it out to see who would take home the top prize of $250,000 and the title of The Biggest Loser at the final weigh in. Warning: SPOILERS AHEAD!

This season, 20 former athletes aimed to reclaim their glory days. All of the contestants stepped on the scale one last time during the finale for a chance at two huge prizes.

Host Alison Sweeney revealed that the contestants weighed 6,000 pounds at the beginning of the season. But not anymore!

Trainers Dolvett Quince, Bob Harper, and new trainers Jen Widerstrom and Jessie Pavelka looked on approvingly at the contestants who worked so hard for the past six months.

“My favorite part about this season was the impression the contestants made on me. I can’t believe how well they took care of me.”

Dolvett, who has been around for a few seasons, said this season was special because: “every single contestant was an athlete. We’ve always shared one or two athletes but the fact that we had so many to work with that are coachable. They are really working on themselves all over again. They truly reached their glory days.”

Can we just talk about how gorgeous Blake looked? Wow — stunning!

Jordan eventually took the lead of the eliminated contestants and ended up winning the at-home prize of $100,000! He lost 143 pounds — over 44 percent of his body weight!

The Final Three Battle It Out

Toma, a former soccer player, was a fierce competitor throughout the season. Sonya lost more weight on the ranch than anyone else in her season. Rob, a former rugby player, started out as the heaviest contestant at just 26 years old.

It all came down to the final weight in — and the new Biggest Loser is Toma! HE WON BY ONE POUND!

Sonya lost a whopping 144 pounds, for a total percentage of weight loss of 50.88 percent! Her current weight is 139!

Are you happy with who won the title of The Biggest Loser?