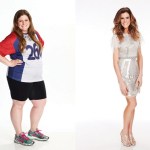 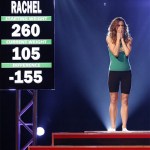 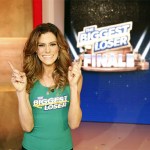 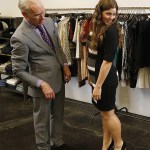 Rachel Frederickson, the winner of ‘Biggest Loser’ season 15, has gained 20 pounds since shocking the country with her 105-pound frame during the show’s Feb. 4 finale! Click to see a before and after pic!

For the Biggest Loser’s Rachel Frederickson, 24, it has been an emotional and physical roller coaster since her win on the Feb. 4 season 15 finale! Fortunately, after gaining 20 pounds, the reality TV star looks and feels amazing! Her new body looks much stronger than the very skinny frame she revealed during the Biggest Loser season finale.

Rachel opened up about her weight loss controversy in a Dec. 5 essay that she penned as a contributor for the TODAY show’s 2014 Voices!

Entitled, Rachel Frederickson On Life After ‘Biggest Loser’ Win: ‘I Found Strength in this Struggle,’ the Minnesota native gets quite candid in her essay, describing the highs and lows she experienced throughout her drastic weight gain and loss.

When addressing the 155 lbs that she lost to gain the title as the Biggest Loser winner, Rachel wrote about the heavy amount of backlash that weighed on her.

“When I stood on stage at the live finale, I had never felt stronger. I had accomplished everything I wanted to do. I was extremely proud of myself. That moment didn’t last long,” Rachel wrote on TODAY Health.

Rachel explained that, “Comments during the controversial storm following my weight loss were hurtful. My self-esteem once again was affected by other people’s voices — this time, the kind that live forever in Facebook posts or written in the pages of magazines. People tried to bring me down and (privately) succeeded. To the voices of those who tried to lift me up after the finale, I thank you!”

Indeed, it seems like a weight has been lifted off her shoulders now that she has been opening up about her shocking transformation.

As HollywoodLife.com previously reported, to keep her “ideal weight” at 125 pounds, Rachel has been exercising and eating healthy.

Although Rachel admitted that she might have become “too enthusiastic” during the end of season 15, she finally feels comfortable in her own skin!

HollywoodLifers, what do you think? Does Rachel look great!? Tell us!