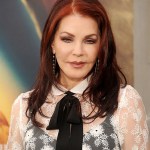 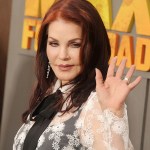 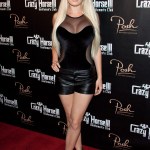 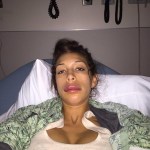 Donatella, is that you? The iconic designer stepped out in São Paulo on Nov. 4, sporting a youthful look, causing rumors to swirl that she has gone under the knife. HollywoodLife.com spoke EXCLUSIVELY to several leading plastic surgeons about her altered appearace, see what they had to say!

Donatella Versace, 59, is infamous for creating new looks, but on Nov. 4, the famed fashion designer stepped out in São Paulo sporting a new look of her own — a wrinkle-free appearance with fuller lips! HollywoodLife.com spoke to renowned plastic surgeons who all agree that Donatella has gone under the knife! What do YOU think?

Renowned plastic surgeon, Dr. Steve Fallek believes that, “She’s pretty much had it all. Botox, fillers, lasers for the skin. Minimal recovery time for those, though there can be some redness of the skin for a few weeks with laser therapy.”

Among other things he believes that she has also had a, “face lift and eyes and brow lift,” Dr. Steve revealed. He also dished that the recovery time for these procedures would be between ten and fourteen days before you would go out in public.

He also said, “There are some risks with multiple face lifts but most involve skin loss. Anesthesia not so much a problem if she’s had success before.”

Dr. Steve is not alone in his thinking. Dr. Bruce Katz from Juva Skin & Laser Center in NYC also believes that Donatella has had some work done.

Dr. Katz revealed to HollywoodLife.com that he believes that Donatella has, “had her cheeks augmented, probably with filler and certainly her lips have been filled, her eyelids are a little droopy. I think she has had some bad Botox because they look like they are drooping. Maybe a little too much Botox in the forehead. She certainly can use some filler in her ear lobes, they are very stretched.”

Dr. David Rapaport revealed that he also feels that Donatella has had some work done as well. He dished to HollywoodLife.com that, “From 2002 on her face seems to have more artificially defined fullness where now her lips seem to be over inflated. Most recently, it seems very clear that she has a facelift scar that I can see in front of her temple area you can see a fine linear scar,” Dr. David revealed. “Her face looks more taught and tight, she has clearly undergone facelift surgery — perhaps over inflated cheeks and lips.”

“It appears as if her nose has never been done. Mainly I would say a facelift,” Dr. David said. “Somewhere between 2011-2014 she had one. The hairline has been lifted too high, it shouldn’t end that high above the ear — it could be because she has had more than one, but we can’t know that for sure.”

What do YOU think, HollywoodLifers? Do you think Donatella has had work done? Let us know your thoughts below!