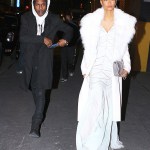 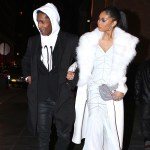 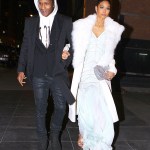 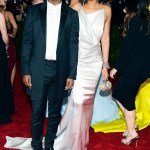 So sad! Rapper A$AP Rocky and gorgeous model Chanel Iman have gone their separate ways after more than a year of dating. Find out what went wrong.

They seemed so perfect for each other — Chanel Iman, a fashion model, and A$AP Rocky, a “Fashion Killa.” But the famous couple sadly split a few weeks ago, according to a new report, and now we can tell you why.

Chanel Iman & A$AP Rocky Break Up: Couple Split After A Year Of Dating

Chanel, 23, and A$AP Rocky, 26, are over and unfortunately it sounds like it’s for good.

“They are no longer together. This happened about a few weeks ago,” a source tells E! News. “It was just not working out with both of their busy travel schedules.”

“Time away from each other played a big part in the breakup,” the source adds.

What a shame! These two seem to really care about each other, but it sounds like they want to put their careers first, which is totally understandable.

With supermodel Chanel traveling all over the world for modeling jobs and A$AP working hard on his second studio album, it’s not hard to imagine how they drifted apart.

The one silver lining is that they parted as friends.

“They don’t have any hard feelings,” E!’s source adds. “[They] only want the best for each other in the long run.”

Is A$AP and Chanel’s split more serious than we thought? Is it in fact, a broken engagement?

In April 2014, Page Six reportedly that the NYC-based rapper and the model were secretly engaged!

Chanel “happily accepted” the rapper’s sweet proposal, according to the report, but they decided to keep their engagement on the down-low.

So what do YOU think, HollywoodLifers? Are you sad about Rocky and Chanel’s split? Let us know!