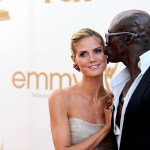 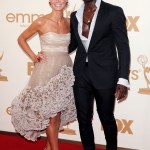 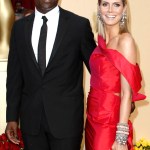 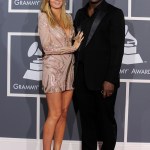 Heidi and Seal are officially over and it appears as though it was a pretty clean split. But the most shocking part is how they’ve decided to handle the custody of their four kids.

Heidi Klum and Seal are officially no more! Heidi, 41, and Seal, 51, had been hammering out the details of their divorce for two years and they officially became exes, as of Oct. 14, according to TMZ.

The couple reportedly did not have a prenup but they did have a postnup. It seems that really helped them out because they did not fight over money and neither of them will give the other spousal support. But that makes total sense since Heidi is worth $70 million and Seal a reported, $15 million.

But TMZ claims that they also did not fight over custody of their kids: Helene, Henry, Lou and Johan and they are said to have worked out a “confidential arrangement.” Heidi is said to have gotten her maiden name: Heidi Klum, back after the divorce.

At the time of their separation, Heidi released this statement:

“I cherish all of the great memories Seal and I created together over the years. Our separation was based on issues between the two of us. Seal has moved on and so have I. My priority has and continues to be protecting and providing for our children.”

There seemed to be a glimmer of hope at their daughter Lou’s princess-themed birthday party, Oct. 12, 2013, when they hugged and even kissed!

But she and Seal never rekindled their marriage, she continued to date her bodyguard, Martin Kristen.

In the meantime, Heidi has been dating Vito Schnabel, 28, for several months.

HollywoodLifers, are you sad that Heidi and Seal are over?