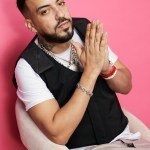 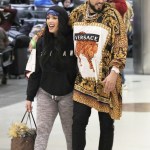 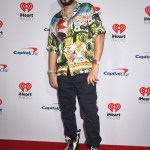 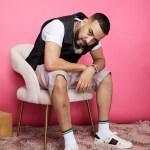 Talk about hot! Ashanti shows off her killer curves in the brand new video for her song, ‘Early In The Morning’ where she actually strips down for rapper, French Montana!

Ashanti, 34, is turning up the heat! The beautiful singer released the video for her new single, “Early In The Morning” off of her upcoming album, “Braveheart” on Oct. 14. In the sexy video, Ashanti shows off her incredible body and has intense chemistry with French Montana, 29! Click to watch the steamy video!

Ashanti Early In The Morning Video — Strips Down For French Montana

Ashanti has never looked better! The beautiful singer donned plenty of hot and sexy outfits in the video for her new song, “Early In The Morning.” In the steamy video, Ashanti and French are really into each other and definitely are not afraid to show it!

Besides her impressive number of outfit changes, the artist also sported several amazing hairstyles including a sexy and sleek long ponytail that she is seen seductively spinning while stripping down for French.

The pair definietly have some incredible chemistry. They are both seen singing to each other saying , “I gotta thing for you too,” and we certainly believe it. In the sweet video Ashanti and French are seen texting one another and sending flirty messages back and forth.

Things then definitely heat up when Ashanti is on her bed rolling around in the sheets with some seriously revealing lingerie on.

This is not the first time that French and Ashanti have hit the studio together. Back in 2012 they collaborated on Ashanti’s singer, “No One Greater.”

What do YOU think, HollywoodLifers? Do you like Ashanti’s song, “Early In The Morning”? Which look of Ashanti’s is your favorite! Let us know your thoughts below!