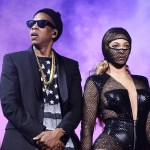 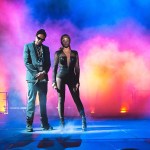 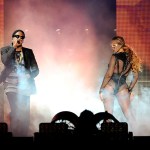 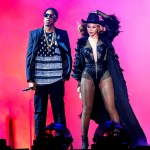 Beyonce and Jay Z had so much fun during their On The Run tour, that they’ve reportedly decided to record an entire album together, music videos and more! But you’ll never believe how they plan to release it, it’s pure genius!

Everything Beyonce and Jay Z touch turns to gold, so it’s no surprise that they are wanting to ride the success of their joint tour, On The Run, for a bit longer. Their tour reportedly grossed more that $100 million and ever since it ended, Sept. 13, in Paris, the couple have reportedly been looking to buy a luxury apartment in the European city, so they can stay there and record music!

Queen Bey and Jay Z aren’t satisfied having just made millions off their 21-city tour, they want to recreate Beyonce’s chart topping album, Beyonce, that she dropped out of no where, in December of 2014.

The couple, according to Page Six, want to record a secret album and release it to their fans, along with music videos and even a movie. They’re looking to achieve the same success that Beyonce did when she released Beyonce, with zero press. So it sounds like they are going to follow this blueprint for when they drop their own joint album.

This isn’t the first time that we have heard this. DJ Skee, on Sept. 16, of Dash Radio, said that Bey and Jay were working on an album.

“The biggest couple in music, maybe entertainment, maybe even the world… they’re working on an album together,” he said. “You know who I’m talking about. Jay Z and Beyonce I’ve confirmed, and talked with a couple sources….. this secret would top all of them.”

The album is set to be released really soon, in either late 2014 or early 2015, according to Just Jared.

Wow, we think this would be awesome!

HollywoodLifers, do you think Beyonce and Jay Z should record a secret album?