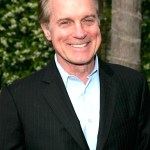 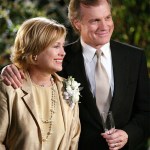 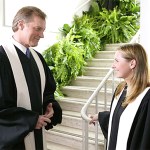 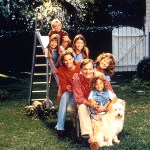 Stephen has allegedly already confessed to multiple counts of child molestation, and now the NYPD is reportedly investigating the claims. Will the former ‘7th Heaven’ star serve time if he is convicted of a crime? An attorney weighs in to HollywoodLife.com EXCLUSIVELY.

Stephen Collins, 67, allegedly admitted to sexually molesting underage girls in an audio recording that surfaced online on Oct. 7. Now, an expert reveals EXCLUSIVELY to HollywoodLife.com what Stephen’s future holds if he is convicted of any wrongdoing.

There’s a lot to take in about this shocking scandal, so we asked attorney James E. Silverstein to explain the legal ramifications of Stephen’s alleged actions.

“Additionally, the perpetrator will face community scorn and condemnation for the rest of his life. Child molestation allegations are considered by most people to be a flagrant and horrific misdeed of unforgivable proportions,” James adds.

TMZ first reported that Stephen allegedly admitted that he molested underage girls to his now estranged wife Faye Grant, 57, during a couples therapy session. The two are in the midst of a divorce right now. One of the alleged victims reportedly stepped forward in 2012. So does the timing matter?

“The statute of limitations is very relaxed for violent crimes, including sex crimes, so victims can conceivably come forward at just about any time,” James says. “In this case, a criminal prosecution seems much more probable than usual, thanks to his apparent confession. Prosecutors can be wary of filing cases where the victims are young and the alleged misconduct goes years back. However, when a defendant spills the beans as Collins seemingly did here, the decision becomes an easier one.”

Attorney Explains The ‘Major Issue At Play’ In This Case

James also explains how the audio tapes of Stephen’s alleged confession could play a big role in any forthcoming legal case.

“The major issue at play here is the legality and admissibility of the alleged taped confession. The general rule in California is that it is actually a crime for a person to unknowingly tape record a conversation with someone else without their permission, and the recording can be deemed inadmissible against the alleged speaker in court on that ground. This issue will almost certainly be pounded to death by the lawyers on both side,” he explains.

“Whatever the outcome, Stephen Collins’ life as he knew it — free from the taint of being an alleged child molester — is a thing of the past.”

HollywoodLifers, what do YOU think about all of this? Let us know in the comments below.