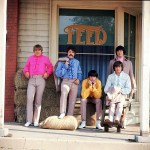 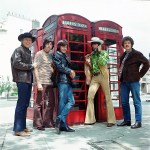 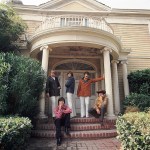 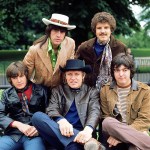 Rock just lost another music legend. Paul Revere passed away on Oct. 4 at the age of 76. He was known for being the organist and leader of the mega popular band, Paul Revere & The Raiders. Paul and the group famously donned Revolutionary War-style clothes during performances. He will be missed.

Paul (born Paul Revere Dick) died “peacefully” in his home in Idaho on Oct. 4, the band announced on their official website. The band wrote a touching tribute to their late friend.

The band did not mention a cause of death, but the rocker had been reportedly suffering from cancer, according to TMZ.

Paul formed the band in 1958, originally called The Downbeats. The group eventually changed their name to Paul Revere & The Raiders, with Paul serving as the leader.

Paul and the band made regular appearances on television, including The Ed Sullivan Show, The Tonight Show with Johnny Carson and Batman. The band was widely featured on Dick Clark’s Where The Action Is, Happening ’68 ad It’s Happening.

The band was known for hits like “Kicks,” “Good Thing” and “Indian Reservation.”

Throughout his years as a performer, Paul became known as the the “madman of rock & roll.” His costume choices and lively stage presence were simply unforgettable. Paul Revere & The Raiders enjoyed over five decades of success in the music industry.

Paul is survived by his wife of 35 years, Sydney Revere.