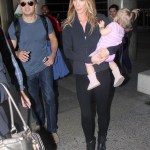 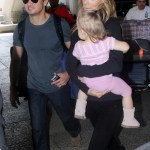 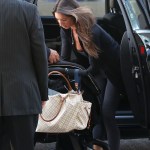 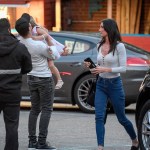 ‘Avengers’ star Jeremy Renner secretly tied the knot with Sonni Pacheco and everyone wants to know all about the actor’s new wife! Here’s 5 things you need to know.

Sonni Pacheco, 23, is the girl everyone is talking about. Jeremy Renner, 43, recently revealed that he married Sonni in an interview with Capitol File. HollywoodLife.com has compiled a list of 5 things you must know about Sonni!

Sonni gave birth to her and Jeremy’s first daughter on March 28, 2013. They named their sweet little one Ava Berlin. Too cute!

2. Sonni and Jeremy met on set.

Sonni and Jeremy were first introduced on the set of Mission: Impossible – Ghost Protocol, according to Global News. Jeremy was co-starring alongside Tom Cruise, 52, while Sonni was a stand-in.

3. She’s a Canadian model and actress.

Sonni has been working as a lingerie model, Huffington Post reports. She was also a spokeswoman for Monster Energy Drinks. Sonni starred in the 2009 direct-to-DVD movie American Pie Presents: The Book Of Love.

5. Sonni and Jeremy broke up shortly before the birth of their child.

Before Sonni and Jeremy welcomed their little bundle of joy, the couple split, according to Daily Mail. After their daughter was born, Sonni moved in with Jeremy. However, they must of rekindled their flame because they wed just a year later!

HollywoodLifers, are you excited for Sonni and Jeremy? Do you think they will last? Let us know!