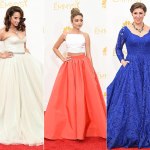 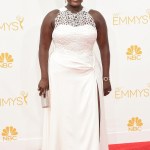 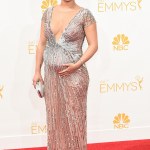 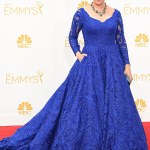 When Aaron Paul won his Best Supporting statue at the Emmys on Aug. 25, he used the platform to publicize wife Lauren Parsekian’s charity, the Kind Campaign. But just what is the Kind Campaign? Read on for 5 things to know.

As Aaron Paul, 34, accepted his award for Best Supporting Actor In A Drama Series at the Emmys for Breaking Bad, he unofficially won Best Supporting Husband, as well. As he graciously accepted his statue, he told an audience of millions how grateful he is to his wife, Lauren Parsekian, for marrying him. More importantly, he gave her work on the Kind Campaign a shout-out and demanded that we all look it up. Roger that, Aaron. Here are 5 things to know about the charity that Jesse Pinkman’s wife co-founded.

What Is The Kind Campaign? 5 Things To Know About Aaron Paul’s Wife’s Charity

In case you missed it, here’s exactly what Aaron said at the Emmys on Aug. 25, as his wife, Lauren, looked like she was going to cry:

” … And to my wife, my god, thank you for marrying me,” Paul said. “Thank you for dedicating your life to spread kindness across the world. We all appreciate it. If you guys don’t know what she does, look up ‘Kind Campaign.’ Do yourself and your children a favor. Kind Campaign.”

Since many people did look it up and totally crashed the website, here’s what you need to know.

The Kind Campaign’s mission is as follows, via their official website (as quoted by Starcasm):

“Over the years, the vicious ways in which females treat each other have become societal norms, with various media outlets that mock and even glamorize the issue. What we often choose to ignore is the fact that these experiences very often lead to depression, anxiety, loss of self worth, eating disorders, drug abuse, alcoholism, attempted suicide and actual suicide in millions of girls lives… We are suggesting something very simple: to STOP the competition, STOP the cattiness, STOP the hate, and to BE KIND.”

Don’t give Lauren all the credit — the Kind Campaign was co-founded by herself and filmmaker Molly Thompson. Together, they worked on a documentary called Finding Kind, released in 2011, which followed Lauren and Molly as they traveled across America to expose girl-on-girl violence and to urge young girls to stop bullying.

3. The Idea Came From Lauren’s Experience Being Bullied As A Young Girl

Just because Lauren is quite possibly one of the most gorgeous humans on the planet, don’t let that fool you into thinking that she was safe from bullying — in seventh grade, the intense bullying she faced led her to attempt suicide. “I thought I was going to be sad for the rest of my life. … My ordeal started because a boy liked me and this girl liked him,” Lauren told USA Today.

“Through seventh and eighth grade, I was tortured every single day by a group of girls. Eventually, I developed an eating disorder and tried to commit suicide in the seventh grade. […]

“My bullying experience affected the course of my life.”

This isn’t the first time that Aaron has raised awareness for his lovely wife’s charity. In 2013, Breaking Bad fans could participate in a fundraiser which benefitted the Kind Campaign. With the prize being a special screening of the series finale, it’s no surprise that the charitable effort was a huge success — a whopping $1.8 million was raised.

5. Lauren & Molly Are Dedicated To The Cause

Despite Finding Kind having been released in 2011, Lauren and Molly are still traveling to various American schools and screening the film in order to raise awareness of the Kind Campaign; they’re not resting on their laurels. USA Today reports that they have visited over 300 schools — no small feat!

You can donate to the Kind Campaign here — eventually. As of this writing, the site is still down thanks to the massive traffic Aaron sent its way!

HollywoodLifers, will you be donating to the worthy cause? Have any of you been affected by girl-on-girl bullying? Tell us your thoughts below.