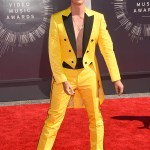 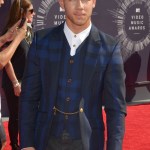 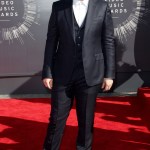 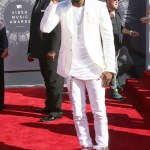 The MTV VMAs were jam-packed with Hollywood’s hottest guys! From Chris Brown to Nick Jonas, the Forum in Inglewood, Calif. was seriously overflowing with sexiness for this year’s show.

Chris Brown, Nick Jonas, Usher and SO many more hit the 2014 MTV VMAs on Aug. 24. The annual award show’s performances, awards and antics are always fabulous, but we can’t help but swoon over all the cute boys who attended the show!

MTV VMAs: The Hottest Hunks Who Attended The Awards Show

The 31st annual MTV VMAs will go down in history as the most hottie-filled show ever. Seriously. There were so many cute guys, we can’t even pick a favorite!

But…Chris Brown was definitely a standout.

We love that Chris has made such a fantastic comeback lately, and his looks prove just that! Sporting his signature bleached-blonde hair and fresh red sneakers, Chris rocked the red carpet.

We also cannot leave out Usher! The singer who stunned with his killer performance during the show turned up the night with his white kicks and matching shirt, plus his black pants. Lookin’ good, man!

Also decked out in white was Jason DeRulo who looked great in his monochromatic outfit. We wonder if his beau Jordin Sparks helps him pick out his outfit?!

The guys above are totally hot, of course, but we can’t just stop there. There are even more cute guys we just have to talk to you about!

More 2014 MTV VMA Hotties — Who Was YOUR Favorite?

Nick Jonas always looks good, and at the 2014 VMAs, we have to give it to him for rocking a mature, professional, on-trend outfit.

We want to hear from you guys, though! Who do YOU think looked the hottest at the VMAs, HollywoodLifers? Let us know!