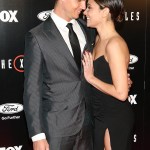 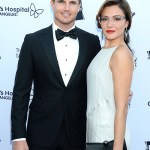 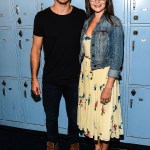 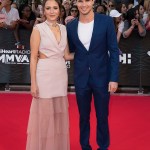 It’s about time! Robbie Amell popped the question to his longtime girlfriend, Italia Ricci, and shared the news on August 20 — she said yes! Congrats!

Since 2008, Tomorrow People star, Robbie Amell, 26, and Chasing Life‘s Italia Ricci, 27, have been inseparable… and now they’re making it official! The couple, who constantly rave over their love for each other in interviews, have made time to balance their busy careers with their love life, and they’ve clearly made it work! See the sweet message he posted for her here!

“She said yes!!!… I think. I can’t really be sure. I’m going marry my best friend. @italiaricci,” Robbie captioned the Instagram photo on August 20. In the pic, he’s pulling Italia in very close and they’re embracing in a kiss. In one hand, he’s also holding a bottle of champagne, and she has both her arms wrapped around his neck. So cute!

She said yes!!!… I think. I can't really be sure. I'm going marry my best friend. @italiaricci

July 19 was their six year anniversary, as Italia wrote on her Instagram with a super cute pic of the couple.

“Happy 6 year anniversary to my favorite person in the entire world. I love you so much. Also, you’re pretty good-looking. @robbieamell,” she wrote as the caption.

Italia Ricci Raves Over Robbie Amell: ‘We Just Completely Dig Each Other’

In June, she spoke to HollywoodLife.com exclusively about Robbie, and told us the secret to their relationship.

“We’re really good friends and we’re completely honest about everything because this industry can be really shady,” she said. “We just completely dig each other, we have for six years.”

We’re so excited for these two — they’re our favorite couple! Do you think they’ll have a big wedding soon, HollywoodLifers? Let us know!