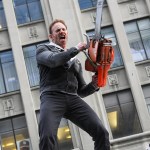 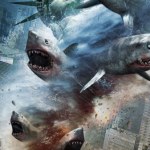 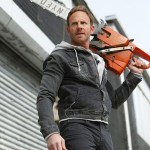 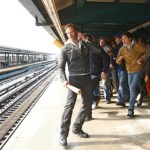 Discovery Channel’s Shark Week opened up with a bang on Aug, 10! The week-long extravaganza is celebrating its 27th year, and kicked off with the jaw-dropping 2-hour documentary, ‘Shark of Darkness: Wrath of Submarine.’ While there is no denying that the documentary grabbed our attention, was it fake?

Shark Week kicked off its 27th year, with a dramatic documentary about a whopping 35-foot-long shark that as you would guess, attacks its unsuspecting victims. Last year, Discovery Channel kicked off its annual event with the fake documentary, Megalodon: The Monster Shark Lives, was their newest film, Shark of Darkness: Wrath of Submarine also fake? Read below to find out!

Unfortunately, Shark of Darkness fans, Discovery Channel has done it again and started off their Shark Week with a fake documentary.

Whether or not you believed the dramatic documentary to be real, we all should have learned our lesson after last years fake, Megalodon: The Monster Shark Lives documentary.

Th is years Fake-umentary, Shark of Darkness: Wrath of Submarine, takes place in South Africa and is about a giant shark (of course) that reeks havoc on a group of whale watchers after their boat capsizes. Packed full of “experts” and “real footage” Discovery Channel definitely made its best attempt at fooling their loyal viewers!

Shark Week 2014: Jimmy Kimmel Gets In On The Attack — Watch Spoof

However, fans of the programming, spoke out, and most were not happy to have been duped for the second year in a row! Calling out the program for not portraying factual information about sharks, and instead portraying them as the villain, viewers lashed out and certainly had plenty to say!

still upset over the fact that shark of darkness was a hoax i’ve cried about it like four times now. Ugh don’t get my hopes up for nothing.

Shark of Darkness is terrible, way to go #sharkweek for continuing to make sharks look like mindless killers, so disappointing!!

What do YOU think, HollywoodLifers? Would you watch the documentary? Did you think it was real? Let us know below!