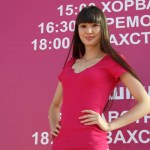 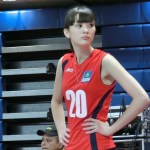 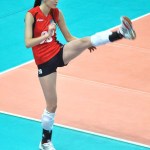 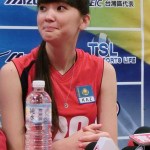 Sabina Altynbekova, a teen player on the Kazakhstan women’s national volleyball team, has officially gone viral after people worldwide discovered the stunner playing at the 2014 Asian Junior Women’s Volleyball Championship. We’ve got all the undercover details you need to know about this young beauty!

Sabina Altynbekova, 17, is the latest athlete to become “Internet famous.” After playing in the Asian Under-19 Championships, Sabina’s perfect body and gorgeous features have actually gotten the athlete slammed for being “too distracting” to the crowds at her games! Read on for all the latest details on Sabina.

As Sabina takes the world by storm with her beauty, here’s all the fast facts YOU need to know!

1. Her coach has dissed her for her good looks! Nurlan Sadikov is reportedly angry that people gawk at Sabina. “It is impossible to work like this. The crowd behaves like there is only one player at the championship,” he has said, according to Yahoo Sports.

2. No matter how intense Sabina plays volleyball, her hair always stays perfect. The beauty has long, flowing brunette locks with bluntly-cut bangs. Seriously, they always look perfect in photos, no matter how late into the game a pic was snapped. We’re officially jealous!

3. She didn’t actually play very much in the tournament that made her internet famous! Sabina’s team finished 7th in the 2014 Asian Junior Women’s Volleyball Championship. And during the games, Sabina didn’t play all that much! While Sabina spent a lot of time on the bench, the cameras still showed her often — even when she was just sitting and watching her teammates.

4. She’s a normal 17-year-old girl. Sabina’s totally active on Twitter (find her page here), where she posts photos with her teammates, her friends — and, of course, takes lots of cute selfies!

5. Sabina herself has admitted that the onslaught of attention is a little bit overwhelming! “I was flattered at first but it’s all getting a little bit much,” Sabina said, according to Yahoo Sports. “I want to concentrate on playing volleyball and to be famous for that, not anything else.”

What do YOU think about Sabina, HollywoodLifers? Did you already know about this volleyball-playing beauty? Let us know!