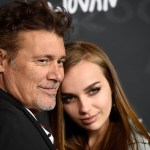 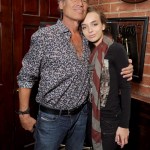 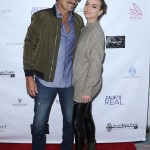 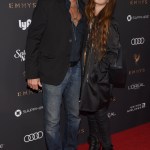 Age is just a number when you’re in love! ‘Scarface’ star Steven Bauer is now dating Lyda Loudon, who is 39 years younger than him!

Steven Bauer, 57, has a new lady in his life: Lyda Loudon, 18! The Scarface and Ray Donovan star stepped out with his much younger girlfriend at the Magic in the Moonlight premiere on July 21. And no, your eyes are not deceiving you. There’s a 39-year age difference between Steven and Lyda.

After three marriages, including one with actress Melanie Griffith, 57, Steven Bauer is back on the dating scene. Steven’s last marriage to Christiana Boney, 51, ended in 2012 and now the actor has found love with 18-year-old, Lyda Loudon, Us Weekly confirms.

Lyda is a “part-time nightmare-inspirer, journalist, host of Sarcasm Overdose, ceo, actress, unsalvageable degenerate film/music/cigar/espresso addict,” according to her Twitter. Despite her young age, she’s accomplished a lot!

She also founded the L3 Foundation, which is a nonprofit organization that is “dedicated to educating, informing and empowering Millennials with the tools it will take to turn America’s future around.”

She is the daughter of Missouri Senator John Loudon, 46, and talk show host Dr. Gina Loudon.

There’s no word yet on how Steven and Lyda met.

HollywoodLife.com has reached out to Steven’s rep for comment.

HollywoodLifers, what do you think about Steven Bauer dating the much younger Lyda Loudon? All in the name of love, or is she too young? Let us know!