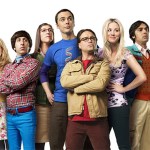 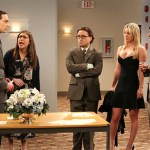 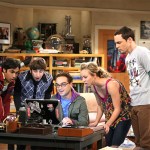 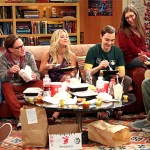 ‘The Big Bang Theory’ has been at it for seven seasons, but things are taking a turn for Penny! Not only is she now engaged, but she might be taking on a new career. Read on for Season 8 scoop!

The Big Bang Theory head honcho Chuck Lorre teased some major changes for Penny (Kaley Cuoco). Unfortunately, he didn’t spill if the new season will see her tie the knot to Leonard (Johnny Galecki), but he did reveal whether Penny will leave acting behind!

On the Season 7 finale of The Big Bang Theory, Leonard popped the question to Penny, after she was fired from her acting job. Filled with excitement, she admitted that being fired was the best thing that ever happened to her and she needs “to start making some smart decisions.”

Well, it looks like her smarter decision translates to making money, which means putting an end to her acting career (or lack thereof).

“She is going to start making some money,” Chuck told reporters at the Television Critics Association. “She’s going to find some confidence and self-esteem, which acting does not provide in great heaping doses.”

Trouble In Paradise For Penny & Leonard In Season 8?

We love the fact that Penny is moving on up in the world, but we also love to see her with Leonard — and will her job cause trouble for the couple? What about the wedding?!

Chuck added that making money will “unbalance their relationship as the power shifts.”

In other money news, the cast hasn’t begun filming yet. Kaley, Johnny and Jim Parsons are reportedly still in negotiations, fighting to up their episodic salary — to one million dollars per episode!

HollywoodLifers, do you think that Penny’s new job will ruin her relationship with Leonard? What should she focus on — her career or relationship? Let us know!