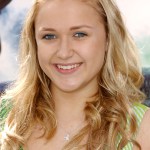 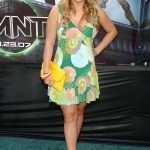 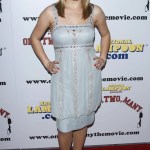 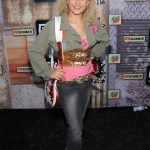 Skye McCole Bartusiak, 21, best known for her role in The Patriot, was found dead in her Houston, Texas home on July 19, by her boyfriend. Her mom, Helen McCole Bartusiak, told CNN, that Skye had suffered from epileptic seizures recently, but a cause of death has not been released. HollywoodLife.com spoke to two neurologists who revealed exactly how seizures could have been the cause, if that’s indeed the case.

Skye McCole Bartusiak — What Could Have Caused Her Seizure

We spoke with Dr. Dexter Sun, M.D., Ph.D., who is the Clinical Associate Professor of Neurology at New York Presbyterian Hospital & Hospital For Special Surgery Cornell University Weill Medical College, who told us that abnormal levels of sodium or glucose could have caused the seizures.

It could range from a brain injury, infection to a possible tumor. Speculating is tough because there’s no determination from an autopsy yet but even a high fever can sometimes set off a seizure, according to Dr. Sun.

Since we know that she was suffering from epileptic seizures, Dr. Sun explains that there is something called SUDEP: sudden, unexpected, non traumatic, non drowning death in an individual with epilepsy. Dr. Sun says that this can cause anywhere from 8-17 percent of deaths in people with epilepsy.

We also know that she had suffered seizures as a child, which had only come back recently.

“New issues in the brain can arise,” Dr. Sun explains. “Stress, lack of sleep, or dehydration [could cause them to come back].”

Dr. Schottenstein, a neurologist at NY Spine Medicine, tells HollywoodLife.com that there are many things that could have cause Skye to have a seizure.

“Some seizure types only occur within a specific age range,” he said. “While other types are life-long. Some seizures may reoccur due to specific triggers, including environmental changes and toxic-metabolic issues. Seizures or epileptic attacks are classified into 2 main groups: generalized onset seizures and partial onset seizures. Possible causes of seizures include brain damage sustained in infancy, head trauma, cerebral vascular accidents, excessive alcohol consumption or alcohol withdrawal, use of epileptogenic medications, and misuse of anticonvulsant drugs.”

Skye’s mom told CNN that she was incredibly upset and that she began CPR when she found her daughter.

“I’ve done CPR on that kid more than one time and it just didn’t work this time,” she said.

Her manager, Joe Barrasso told us: “We are all shocked and heartbroken over Skye’s passing. Aside from being incredibly talented, Skye was a beautiful and loving person who will be greatly missed. We ask everybody to respect the family’s privacy during this most difficult time of grieving.”

We feel so horrible for her family and Skye will be missed.